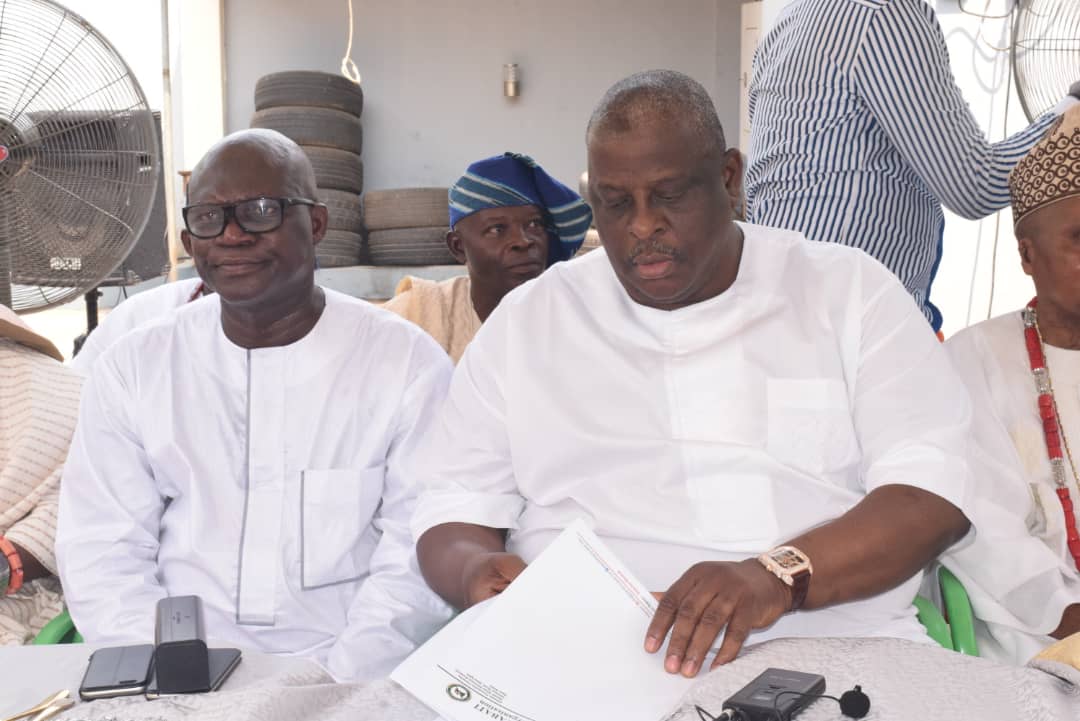 …Gets the blessings of Egba chiefs

Receiving the team at his residence in Ibara Housing Estate, Abeokuta, the Balogun of Egbaland, High Chief Sikirulai Atobatele welcomed the team, saying he and his colleagues have had similar interactions with other candidates.

Addressing the gathering, Senator Kashamu sought the support of the chiefs and traditional institutions for his Governorship ambition.

He said if elected, he will be the Governor of all the good people of Ogun State, regardless of the level of infrastructural development in the state capital.

Reiterating his commitment and love for Egbaland, Kashamu said inclusiveness will be a cardinal principle of his Administration, if elected.

This, he said, was the reason Dr. Reuben Abati whom he described as a “son of the soil” was picked as his deputy.

”To demonstrate our commitment to inclusive governance, we have one of your illustrious sons as the PDP Deputy Governorship Candidate. He is Dr. Reuben Abati. This is the only ticket that recognizes the importance of the Egbas in the scheme of things in our dear state.

“My Deputy will not be a spare tyre. He is very learned and exposed. He and other Egba sons and daughters that will work with me will be my partners-in-progress and they will definitely protect the interest of the good people of Egbaland,” Kashamu said.

He lauded the incumbent for its infrastructural development, promising to build on his efforts, if voted on March 2.

”The incumbent Governor, His Excellency, Senator Ibikunle Amosun has done well in terms of security and infrastructural development. Since government is a continuum, I will build on what he has done and take Ogun to greater heights,” Kashamu said

The Governorship Candidate reiterated his commitment to financial autonomy for local governments and submitted an undertaking to the Balogun and Olori Parakoyi, which he said, should be used to hold him accountable.

Responding, the Balogun of Egbaland and other chiefs spoke of the need for Kashamu to ensure that projects commenced by Governor Amosun in Egbaland are completed.

Kashamu also received royal blessings from the Olori Parakoyi of Egbaland, Chief Kashimawo Laloko; the Iyalojas and the Olori Ajes of Egbaland who all prayed for his success at the polls.

If elected, I would work with kadaria – Atiku