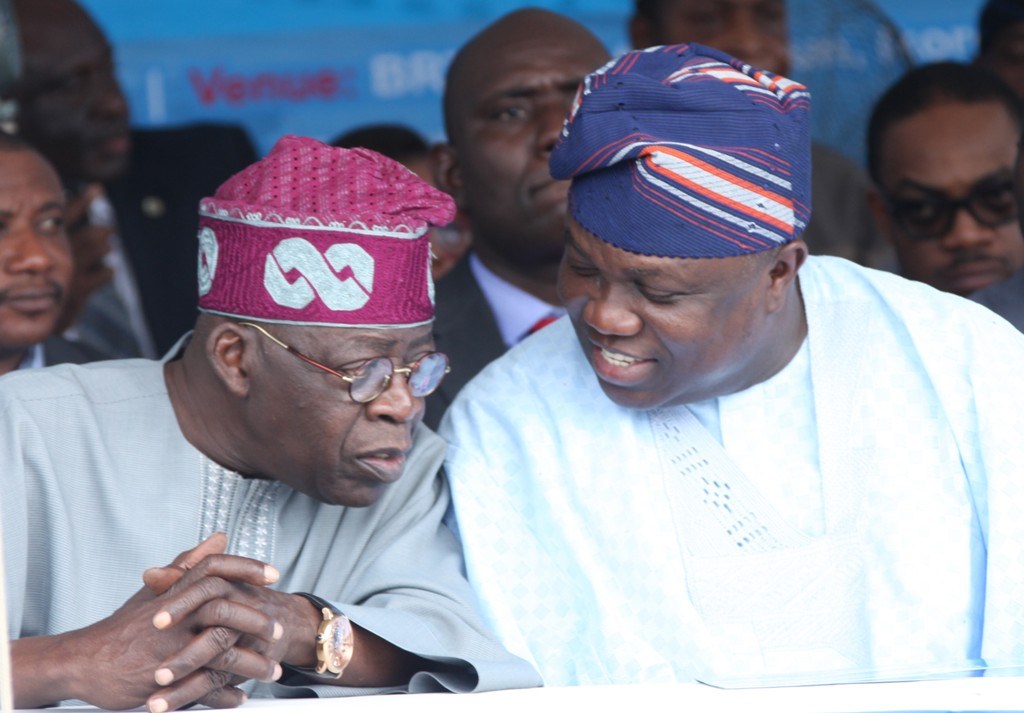 The impeachment crisis hovering over the head of the Lagos State Governor, Akinwunmi Ambode, has been resolved following a meeting between the national leader of the All Progressives Congress, Bola Tinubu, and other leaders of the party in the state.

The Lagos State House of Assembly had threatened to commence impeachment proceedings against Mr Ambode over allegations of illegal budgetary spendings and gross misconduct.

Mr Ambode is yet to present the 2019 budget before the lawmakers.

A statement made available to PREMIUM TIMES on Sunday said a special Governor’s Advisory Committee (GAC) held a meeting in Marina, Lagos, where the issues between the two parties were resolved.

“We held a meeting on behalf of entire Lagosians,” Mr Tinubu was quoted as saying in the statement.

“In the last one week or so, there has been some talk about a conflict between the Executive and the Legislature in Lagos. This is of great concern to us.

“We looked at the source of the conflict, which is normal in a democracy, and that is why there are also conflict-resolution mechanisms.”

Mr Tinubu, a former governor of Lagos State, said the meeting examined the grievances on both sides.

“As leaders, we also looked into areas where there has to be a compromise. In order to build institutions and encourage consensus-building, we have to do what is right,” he said.

“There is no impeachment. Let there be more communication and consensus-building and understanding. All these are inbuilt in the democratic system.

“We thank the Speaker and the leadership of the House. We thank the Governor and the Deputy Governor. They have all demonstrated respect for the party leadership in Lagos. You know when Lagos sneezes, other areas catch cold. We are happy that we are able to resolve the conflict and things will start moving well going forward.”

An APC leader in the state, Tajudeen Olusi, was quoted as saying conflict is an institutional part of the governance and the executive and legislature must work together.

“This is just to further confirm the decisions that we reached. We have reached a decision that they must work together amicably. And very soon, both the Legislature and the Executive must resolve the grey areas in their relationship.”

The GAC is considered the highest decision-making body of the APC in Lagos State.