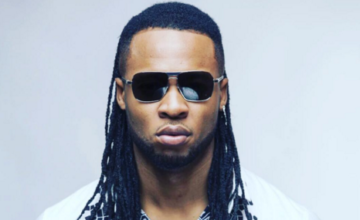 Naija highlife maestro, Flavour Nabania while reacting to wedding of Smash which took place over the weekend at Oriental Hotels in Lagos, announced that he is ready for marriage.

The highlife singer in his congratulatory message to Smash of popular music duo, Bracket, said he is next on the list of those getting married soon.  He wrote;