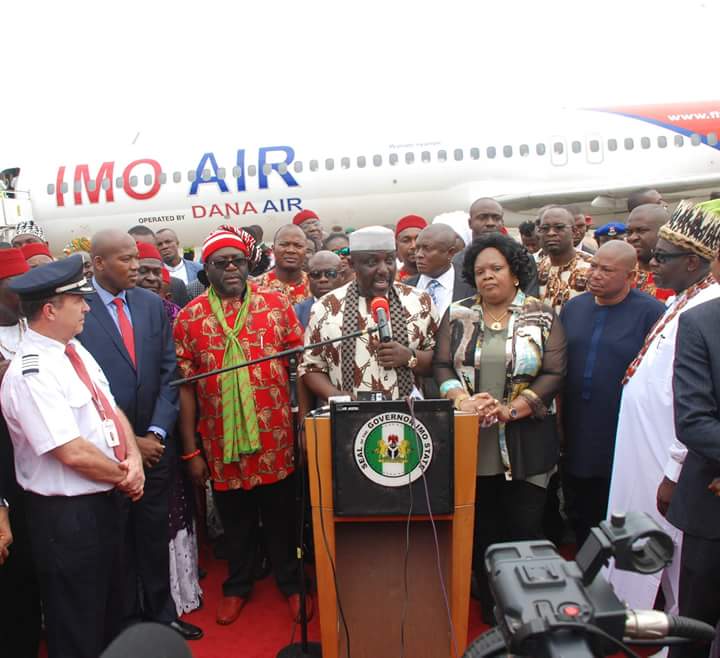 Imo State Government has entered into a partnership with Dana Air to launch Imo Air, to be operated by the airline.

The airline Communications Manager, Kingsley Ezenwa, made this known in a statement in Lagos on Tuesday.

According to Ezenwa, Governor Rochas Okorocha of Imo said that the contract will last for 10 years.

We believe that our partnership with Dana air to operate Imo air is a step in the right direction to open Imo State to the world,” Ezenwa quoted Okorocha as saying in the statement.

“It is borne out of our desire to increase business activities in Imo, improve tourism drive, diversify its economy and provide employment opportunities for our citizens.

We have no Air Operator Certificate and that is why we approached one of the leading airlines in Nigeria to manage this service for us.

Okorocha also said in the statement that the Imo International Cargo was in the offing as part of the initiatives to open up Southeast to importers and exporters.

He said this will reduce the over-reliance on Lagos, Kano and other international airports for the export and import of goods into the country.

“This initiative is no doubt a boost for the Southeast economic liberation struggle,’’ Okorocha said in the statement.

The maiden flight of the airline landed at the Sam Mbakwe Cargo Airport, Owerri at about 11.42AM on Tuesday. 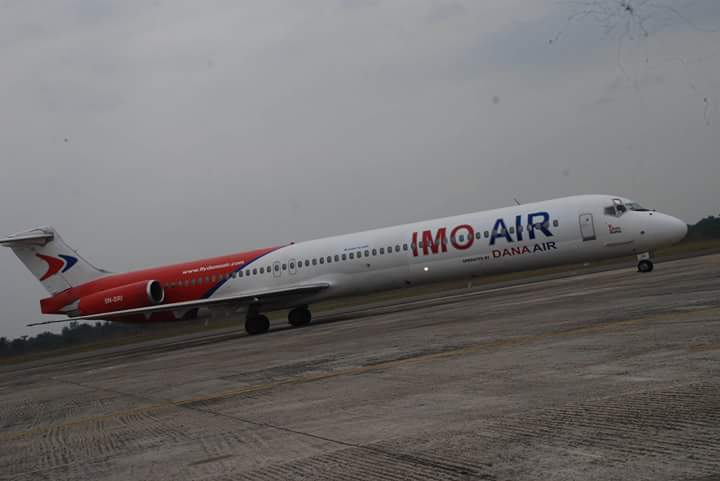 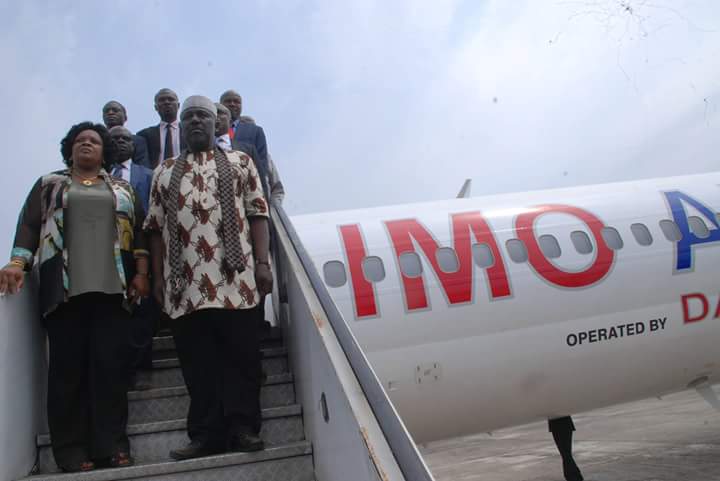 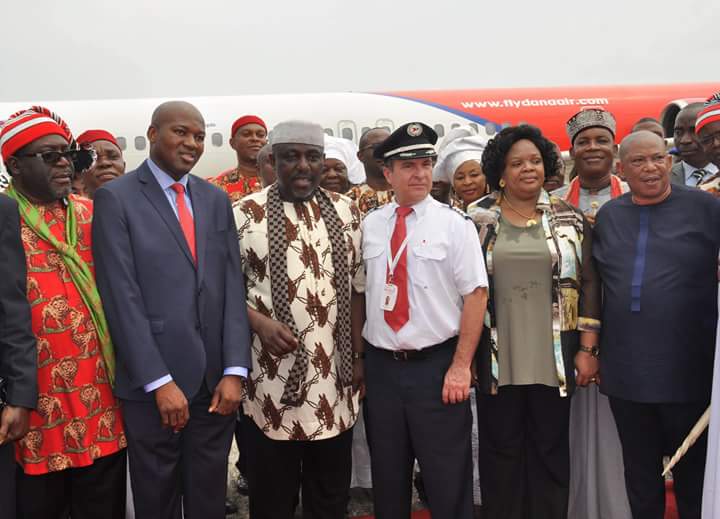 The first flight landed at the Sam Mbakwe Cargo Airport with the first set of passengers, and with the State governor, Owelle Rochas Okorocha, members of the State Executive Council and thousands of Imo people at the airport to celebrate the feat. The 140-Seater plane with Imo Air written boldly on the body is being operated for the State by DANA Airline because according to the governor, Owelle Rochas Okorocha the State has not got the license to operate full – blown airline.

In his speech at the Airport to herald the arrival of the Maiden Imo Air, Governor Rochas Okorocha said:

it has been his dream and sincere desire to position Imo State on the fast lane of development, prosperity and growth, adding that he won’t rest on his oars until that dream is realized. Governor Okorocha also said that Imo is not affected by the much-talked about recession in the Country because some people might wonder why the State should dabble into Airline business in time of recession explaining that the State has cleared arrears of Pension and has paid Salaries up to December 2016, and is about to commence the payment of January Salary. His words, “this is a happy moment in the State. The aim of going into the Air business is because I want to drive traffic to Imo State as Imo is genuinely becoming the fastest developing City outside Abuja and Lagos. For this, there is a need for more airlines to cushion the effects of high traffic coming to the State”.

The governor continued “Imo government does not have an operating air license. So we needed to partner with a good and qualified airline operator. Hence, the choice of DANA Air because of its proven track record and sincerity of purpose. The Imo Air will be operated by DANA and we have a contract of ten years with them. We have five of this aircraft and the first one has just landed and four other ones will start operation in few weeks time”. The governor explained, “The International Cargo Airport will soon kick-start to supplement the efforts of Imo Air. In our pursuit of making Imo better, Imo International Cargo Airport will soon commence operations. Work is going on smoothly and by April God’s willing the fastest International Cargo Plane will arrive Imo State. This, we believe will help drive up commercial activities in the State. Imo is a hub for business and there is no better place to invest now in Nigeria than Imo State as in spite of the recession the State is still flourishing and progressing because of its visionary leadership”. He informed that Imo Air will have 10% discount to all Imo indigenes flying the Plane and the operation will equally employ over 30% of Imo sons and daughters to help in the management of the Imo Air”. The DANA AIR Chief Operating Officer, Mr Mbanuzuo Obi said, “The partnership between DANA and the good people of Imo State will create employment and better working relationship for the State. Imo AIR is in safe hands and the choice of DANA AIR for the partnership is an excellent choice as DANA AIR is registered with INTERNATIONAL AIR TRANSPORT ASSOCIATION operations and security treasuring”. He added that DANA AIR has the best Customer Service Awards for 3 years running and has also been known to operate one of the top most operational brands in Nigeria. He commended Okorocha for his vision and passion for excellence.

Imo State Becomes The First State In Nigeria To Have Its Own Airline As Okorocha Launches ‘Imo Air’ was last modified: January 25th, 2017 by Arinze Ago

FG dragged to court over planned purchase of N400m vehicles for ex-presidents, others