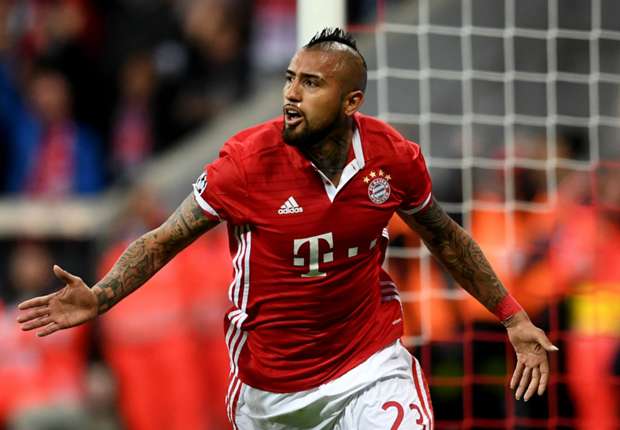 Bayern Munich manager Carlo Ancelotti has said that there is absolutely no chance of Arturo Vidal signing for Manchester United this summer.
United are in the market for a central midfield player, with Vidal one of the players they have been linked with in recent days.
However, Jose Mourinho’s side are fighting a losing battle over the Chile international, his Ancelotti emphasized.
Asked about the Old Trafford’s side reported interest in the 30-year-old and Renarto Sanches, he said: “For Vidal, there is no way. He’s our player and I have a lot of confidence in him.
“I know there are rumours and we’re used to rumours. He’ll stay with us 100 per cent – I’m confident about that.”
He was not, however, as clear cut on the young Portuguese player’s future.
“At this time, he’s training with us. We have to make a decision,” he said. “A move could be a possibility but there is also a chance he could stay with us for the season.”
Bayern have not enjoyed a strong start to their summer tour, suffering defeats against Arsenal, albeit on penalties, and AC Milan, with the Italian side beating them 4-0 at the weekend.
On Tuesday, they tackle Chelsea in Singapore and Ancelotti has tipped his former club to make a strong impression in the Champions League as they return after claiming their domestic crown.
“They will be competitive,” he said. “They’ve made good signings and the team is a better than last year.
“Can they win it? I don’t know. Antonio Conte changed the mentality of the team and the style of play.