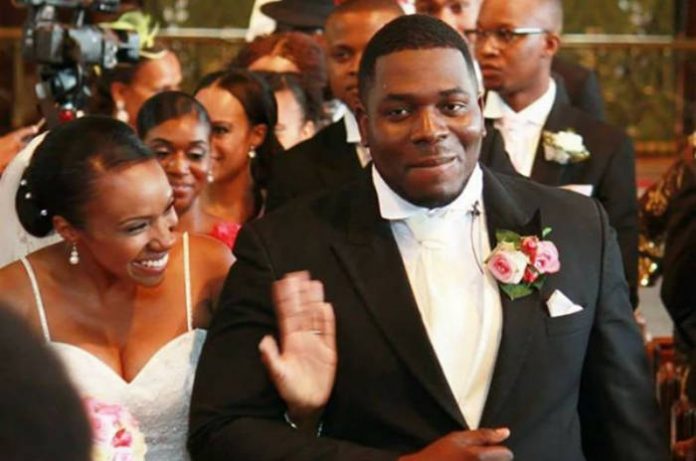 The Vice Chancellor of Imo State University, Prof Victoria Adaobi Obasi, has reportedly lost her son after a brief illness.

According to a Facebook post by Iheanyi Daniel Enwerem, Mr. Nnamdi Obasi died as a result of internal bleeding, after surgery.

Confirming his death in a lengthy post, political strategist and Youth mobiliser, Ifeanyi Cy Njoku, said the young man died from appendix complications yesterday 13th of August, 2017, in an undisclosed hospital in Owerri.

Obasi who got married two years ago was last seen in a public function with his wife a day before his death, Njoku said.

“He saw his death coming, but couldn’t comprehend it…

“Take her great lady, just a day after you anchored the official unveiling of Elfreeda Foundation program as the master of ceremony (Mc), thrilling your audience with wonderful tunes and melodious voice, you lost your darling husband who was obviously elated watching your performance on stage at the same event.

“He saw his death coming, but couldn’t comprehend it. Seating on a round table chair with friends and guest at the opening ceremony of Elfreeda Foundation, he was reported to have told a friend that he has appendicitis but is afraid of doing the operation here in Nigeria.

“At night, the appendix raised it’s ugly head and he was rushed to a renowned family surgeon at a hospital in Orlu road Owerri after Federal Medical Centre Owerri. The surgery was carried out, and compounding his fear, he was reported to have died of complications arising from bleeding.

Oyefusi fumes over violence against women in...