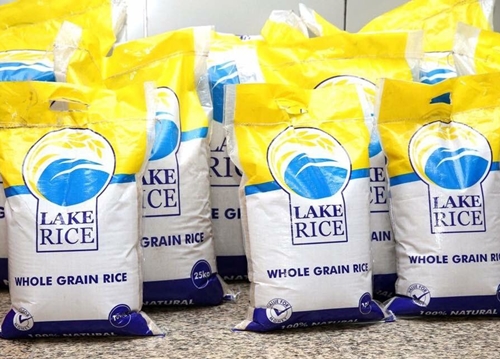 Speaking while inaugurating the Rice Millers Association of Nigeria, (RIMAN) in Kano state on Tuesday, the Director of Agriculture at the Kano office of the Federal Ministry of Agriculture, Muhammad Adamu, claimed that local rice production in Nigeria has now reached 15 million metric tonnes annually, the government has claimed.
It said the development means the country will now be saving about N300 billion it used to spend annually on importation of the commodity, adding in Kano alone, 1.2 million metric tonnes of rice was produced in 2016.
Adamu said with the significant increase in local productions and the efforts to make the local variety qualitative and more attractive to Nigerians, the country expects to begin exporting rice to West African countries by 2018/2019.
He said about 34 states in Nigeria are producing rice, with many now producing three times in a year, adding that investigation carried out by the Federal Government revealed that rice imported to Nigeria are 10-15 years old and are preserved with chemicals which can cause cancer to consumers.
In his remarks, the Chairman of the Board of Directors of Rice Miller’s Association, Peter Dama, said, the association was established to promote local milling of rice that is fresh, healthy and nutritious.
He said the association is willing to collaborate with the Nigeria Customs Service to stem smuggling of expired rice into Nigeria, adding that the association intended to work closely with regulatory agencies and policymakers to ensure standard in local rice milling.
The Customs officer in charge of rice enforcement, Ado Hassan, warned that Customs officers caught conniving with rice smugglers would have themselves to blame.
He said that in less than one year, the zonal command of the agency confiscated 800,000 bags of rice in Kano and Jigawa states.
He said about 9000 bags of the rice are still in the stores of the agency, adding that most of the rice were being given to internally displaced persons after been certified fit for consumption by the National Agency for Food and Drugs Administration and Control, NAFDAC.
Rice Production in Nigeria Hits 15 Million Tonnes – FG Official Reveal New Details was last modified: August 15th, 2017 by Arinze Ago