Iniesta Signs New Contract To Stay At Barcelona For Life 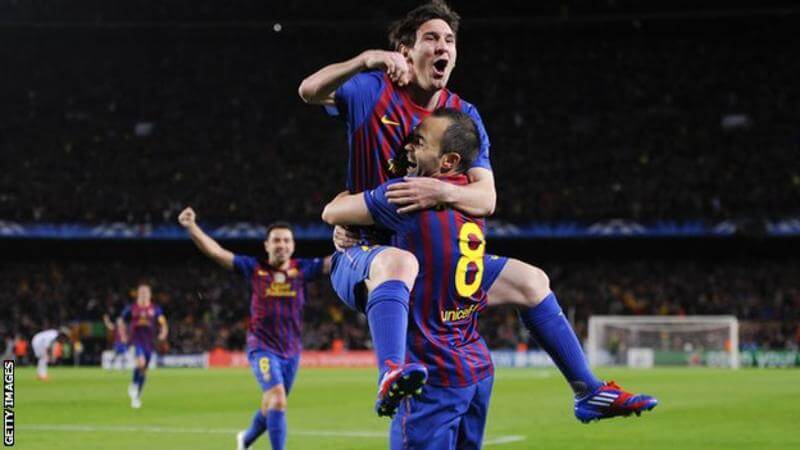 Barcelona midfielder and captain Andres Iniesta has signed a “lifetime contract” with the La Liga giants.

The Spain international, 33, has made 639 appearances for the Catalan club – second on their all-time list – and scored 55 goals.

Iniesta came through La Masia, the Barcelona youth academy, after joining in 1996 at the age of 12.

He made his first-team debut in October 2002 and has won eight Spanish league titles and four Champions Leagues.

Iniesta has captained the side since 2015 and shares the record with Argentina forward Lionel Messi for the most titles, 30, in Barcelona history.

He has won the European Championship twice with Spain and scored the extra-time winner in the 2010 World Cup final against the Netherlands in South Africa.

A club statement said: “Andres Iniesta signed a lifetime contract with FC Barcelona on Friday, in a deal that will keep him at the club for the rest of his career.”

SEE ALSO: CATALAN INDEPENDENCE: HOW BARCELONA AND LA LIGA WOULD BE AFFECTED BY SPAIN SPLIT