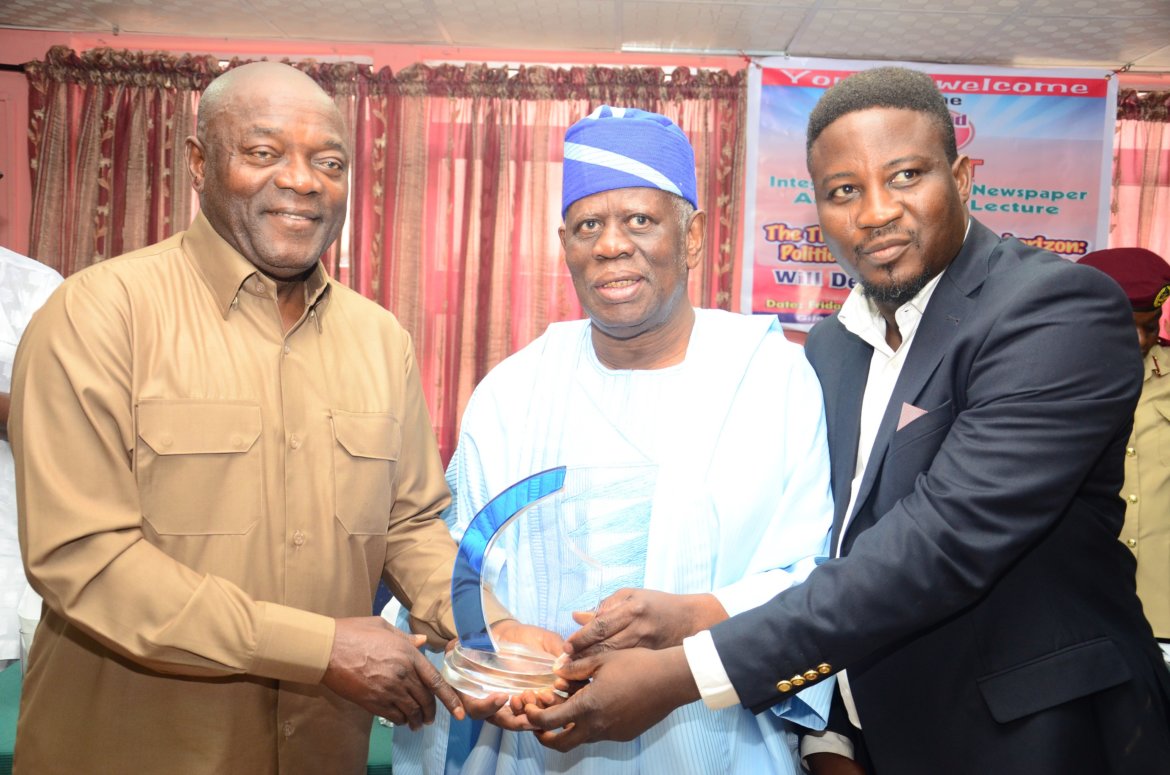 The second annual public lecture of Integrity Reporters was a good platform for some experts to dissect problems facing Nigeria once again and proffer solutions.

With the theme: ‘The Three Storms in the Horizon: Politics, Religious and Economy, Will Democracy Survive?’, Speakers led by Col. Tony Iyiam (rtd), Chief Tunde Fanimokun, who is the chairman of the event, Bolaji Adebisi, former Special Adviser on Media to the late President Musa Yar’Adua, Gabriel Akinadewo, a veteran journalist, Jumoke Owoola believe that while Nigeria and her people are really in the eyes of the storm, and the myriad of problems confronting the nation are man made, efforts must be made holistically to confront these woes to solve them.

Lead Speaker, Col Tony Iyiam(rtd), the Cross River State retired Army officer, said the players we have in the political arena in the country today are just tacticians who are not holding public office to serve the people. He said his vision for the Nigerian society is to see restoration of principle of justice, liberty, equity, compassion, good conscience, good governance and strong electoral system where the votes of the people count.

The Chairman of the occasion, Chief Fanimokun said that if Nigerian democracy must survive, ten conditions must be fulfilled. These conditions are : good leadership, good followership, empowerment, enlightenment, demography, sustainability, anticipated corruption crusade, authentic voting model, restructuring and revolution. He called on the Federal Government to give Lagos the much talked about Special Status as the state is being deprived of the recognition unjustly.

To Gabriel Akinadewo, when the attitude of the leaders is wrong, the attitude of the followers will also be wrong. He added that age has nothing to do with holding public offices in Nigeria, but sincerity of the politicians to the people matters most.
He berated the politicians for talking too much to impress, but fail to deliver in their promises to the people.
Former Special Adviser on Media to the late President Musa Yar’Adua Mr.Boaji Adebiyi said Nigerians should hold their leaders responsible and accountable. He believed that the best approach to restructuring is giving more responsibilities and more resources to local governments across the country, adding that more attention should be paid to local authorities than it is being done now.

While Jumoke Owoola said the problems facing Nigeria are cultural in nature. She noted that Nigerians have lost touch with their rich cultural values irrespective of their ethnic and religious backgrounds. To her, modernisation has robbed Nigerians of their cultural values.

Chief Fanimokun was honoured with an Integrity Award by the management of Integrity Reporters at the event which also saw in attendance ACP Tunji Disu Commander of Rapid Response Squad (RRS) in Lagos, representative of Corp Marshall Boboye Opeyemi and President, D209 Recreation Club.