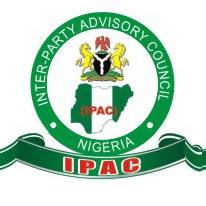 The Wednesday’s tension soaked election of new officers of the Inter Party Advisory Council (IPAC) has ended with the emergence of nine newly elected national officials.

A total of 82 political parties participated in the election.

2019 Election: Ebonyi APC Says It Will Pick Candidates By Consensus