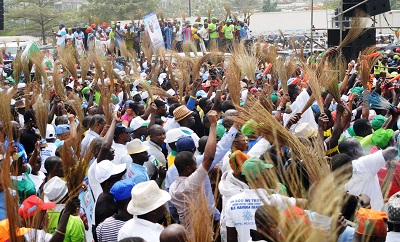 According to news reports, among those that were affected by the unwelcome activities of gun wielding elements were the group political editor of The Nation Newspaper, Emmanuel Oladesu, NewsTelegraph correspondent, Temitope Ogunbanke and Ibile Television cameraman, Abiodun Yusuf.

The News Editor of The Nation confirmed the incident to IPC stating that Mr. Oladesu was hit by a stray bullet and was receiving treatment in a hospital although in stable condition.

IPC hereby reminds all political parties that the Nigerian Media Code of Election Coverage obligates them to ensure the safety of journalists covering their activities including campaigns.

IPC therefore calls on the Lagos APC to urgently take appropriate steps to apprehend the alleged perpetrators of the bizarre attack with a view to handing them over to the law enforcement agencies for immediate prosecution, also as provided by the Code of Election Coverage.

IPC calls on all journalists covering the on going campaigns to keep themselves abreast of all safety measure. They should learn to stay away from political activities where rival gangs engage in show of force especially through display of weapons.

Journalists covering the elections should also bear in mind that they constitute dangerous assignments requiring them to take insurance cover especially from their employees.

IPC appeals to the security agents on electoral duty, especially the Police, to consider the protection of journalists as part of their responsibility as envisaged by and indeed provided for by the Nigerian Media Code of Election Coverage.