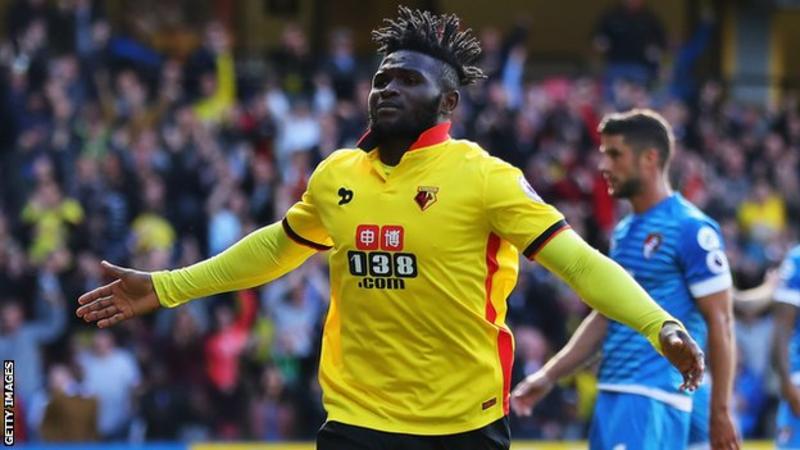 Watford striker Isaac Success is determined to help Nigeria qualify for the 2018 World Cup after making his senior debut for the Super Eagles.

The 21-year-old came on as a substitute on Thursday as Nigeria drew 1-1 with Senegal in a friendly in London.

“It was a dream come true for me. I thank God for being here representing my country,” he told BBC Sport.

“The energy is there, the mindset of bringing success to Nigeria and to Africa at the World Cup is there.”

He replaced Moses Simon on the hour mark of the match played at Barnet’s stadium in north London to finally make his senior debut after missing several other call-ups due to injury.

“I am happy now, I am fit, I am very sharp now and looking forward to the opportunity again,” he added.

But he will have to wait for a second cap after Nigeria’s proposed friendly on Monday against Burkina Faso was cancelled after several of the Stallions players failed to get visas to enter the UK.

Success was part of the Nigeria squad that won the Under-17 World Cup in 2013 and is excited to be part of a new generation of players for the Super Eagles.

“These young boys, and i am one of them, they are really hungry to do something,” he said.

“We want to do something different, something the fans have not seen in a long time. Success is guaranteed because now they have Success in the team.”

Three-time African champions Nigeria have failed to qualify for the last two editions of the Africa Cup of Nations.

They are currently top of their group for 2018 World Cup qualifying having won both their opening games so far and are ahead of Cameroon, Zambia and Algeria.