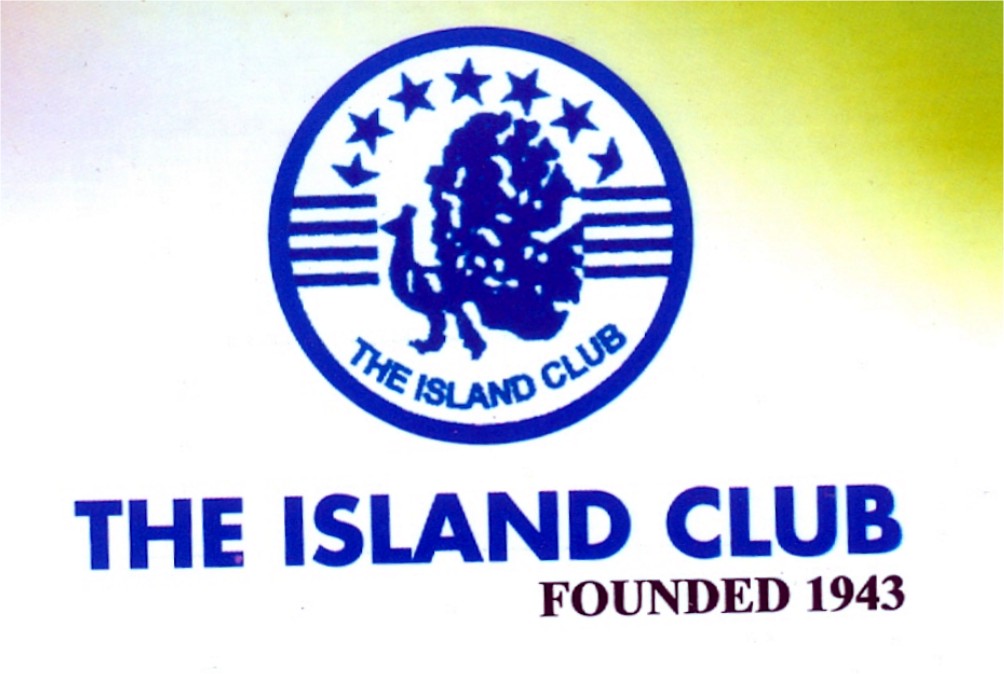 Island Club, the Premier Social Club Of Nigeria came alive last Friday when the prestigious club held its 2022 Elections. For weeks, preceding the elections, all those who contested canvassed the support of other members and as the D-Day grew close, contestants distributed their fliers and souvenirs. Some of them even hosted their friends at the various sections of the Club.

Let’s tell you about the club they will be running.

Sir Adeyemo Alakija was elected the First Chairman of the Island Club. The objective of the founders which was to promote good fellowship and interracial harmony appears unremarkable in today’s circumstances. But in 1943, it was a bold, imaginative and necessary initiative. For although, Lagos was a vital metropolis where “every one of the multitudinous races of West Africa” was represented (not to mention races from other continents),the City of Lagos unfortunately was no melting pot, and there was little or no social contact between the races.

The Island Club was by no means the first club to be established in the Lagos area, but history records that it was the first to have set itself a socially constructive and, in the context of that period, politically desirable goal, one that was not limited to serving just the recreational needs of the elite. The founders of the club reasoned that trust and understanding of each other’s point of view could best be engendered through informal contact, in a convivial environment of equality and mutual respect for each other. To illustrate this point, a foundation member by the name Mr. F. H. Bowen, a coloured tutor from Caribbean Island, at Kings College, Lagos and whose colleagues were Europeans, could only interact with his white colleagues professionally during school hours, but as soon as the school was over, a racial barrier descended between him and them. They would have nothing to do with him until eight o’clock the following morning. This was also the period when public facilities were segregated along racial lines. What we know as Military Hospital along Awolowo Road was then known and called European Hospital, and the present General Hospital along Broad Street was known and called African Hospital. Best hotels were out of bounds for the black people in Nigeria then. And, of course, social and sporting clubs were also segregated.

There was a cricket club to which only Europeans could belong, and another for Africans.

The following story illustrates the point. A coloured Briton (of mixed parentage) was sent on official business to Nigeria from the then Colonial Office, London, U.K. The man was then in charge of colonial students welfare in the U.K.

And so was on a fact-finding tour of Nigeria.

An accommodation was reserved for him at the Bristol Hotel at Martins Street, Lagos with a European name. On his arrival, the figure turned out to be a coloured man. The Hotel Management was infuriated at his sight not only was he denied lodging because he was not white, but he was also pushed out of the hotel. The news went around the whole of Lagos and some members of Island Club heard and decided to protest against the discriminatory act They went back to Island Club to mobilize and led a protest march to Bristol Hotel. It was a landmark action which not only jolted the Colonial Government in Nigeria and throughout West Africa but re-vibrated in the United Kingdom.

Members of Island Club made a conscious determined effort and a political statement to change the situation in line with their objective as stated in the constitution that it shall promote interracial harmony. Instead of, arresting and trying members who led the crusade, the Governor found their opinion too compelling to dismiss or challenge and so made a proclamation removing colour bar from all institutions in Nigeria. Thus European clubs in Nigeria became open to all. European hospitals, European quarters and what have you became de-segregated. Their names were also changed. What a pleasant surprise. This began the conscious race towards the restoration of the dignity of the black man all over the world and equality of man no matter his colour, race, religion or faith and fired the spirit of Nationalism which eventually gave birth to Nigeria. The constitution of Island Club contributed to the heart of the Governor because the constitution says “whoever is the Governor of Nigeria is the Grand Patron”. The late Dr. Arthur Richards (late Lord Milverton was then the Governor and Patron of Island Club). Prior to 1943, No.5, King George V. Road, Onikan now No.3 Island Club Road was used as the officers’ mess of the Royal West African Frontier Force, predecessor of today’s Nigerian Army.

By the 1950’s, the Club had established itself as a common meeting ground for men of all races, so much so that the Club became. “a centre for attraction to intellectuals, professionals, traditional rulers, Ministers of State and Religion and ordinary men, to galvanize their political views on current happenings in Nigeria and around the world. For example, the coronation of the Queen of England not only attracted congratulatory message but also financial contribution towards the event from members of the Club.

Sometimes, when inter-racial harmony could not be achieved over a bottle of beer (outside the club, that is), more conscious methods were adopted with Island Club members participating. After Independence in 1960, the prestige of Island Club was at its highest. The British High Commissioner and his counterparts from the Federal Republic of Germany, Israel and Sudan, joined Island Club on the same day- March 1961 and the roll of members is replete with the names of senior diplomats, captains of industry, top civil servants, professionals, etc.

(membership No. 2938) who was admitted on January 12th 1966. In Nigeria of today, racial prejudice is illegal and unpopular.

The membership of the club has grown from 50 in 1943 to the present figure of more than 7,740, There are ten of hundred of members spread over the 36 states of Nigeria in particular and indeed over the globe in general, particularly in Europe, the U.S.A, the Middle East and former USSR. With this type of membership, the Island Club has contributed and will continue to contribute, probably more than any other organization of its kind to the development of Nigeria, socially, economically and even politically, hence its general acknowledgement as the Premier Social Club of Nigeria. To this extent, there are Vice-Patrons of the Club who are distinguished gentlemen or Royal Fathers of repute from different parts of the country.

In view of the above, let us pay tribute to the memory of the first 50 members by listing their names No.1 to 50 on the Club’s membership Register in 1943; F. A.

We are as proud of our heritage as the peacock (our emblem) and we shall always strive to sustain our good image. Island Club has now developed into an institution in the Social Life of Nigeria. We the present generation of members, owe it a duty to the Foundation Members living or dead, to bring into more practical reality the ideals for which they laboured and sacrificed their time and resources, according to the second stanza of the Club’s Anthem.

Well and high its a banner we will carry. Of a true and decent life. Bell of friendship we will ring out loudly. In the Island Club- for life. Island Club is for fellowship. It’s inter-racial, it’s for comradeship.

READ ALSO: WHAT WE WOULD MISS ABOUT OUR DAD, ENGR. ROWAIYE

What We Would Miss About Our Dad, Engr. ROWAIYE

How KANO Will Determine The Next President