Home Politics How KANO Will Determine The Next President
Politics

How KANO Will Determine The Next President 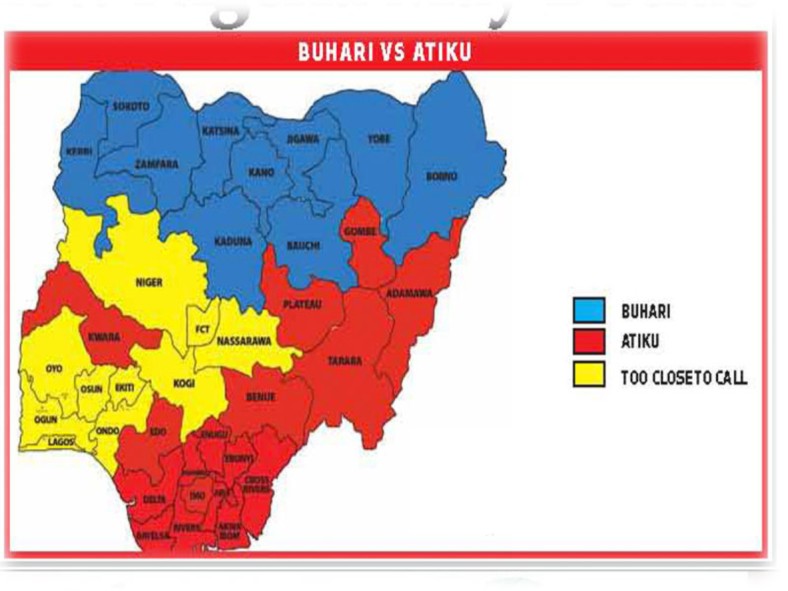 Kano State is the second-largest industrial Centre after Lagos State in Nigeria and the largest in Northern Nigeria with textile, tanning, footwear, cosmetics, plastics, enamelware, pharmaceuticals, ceramics, furniture and other industries. However, beyond trade and industry, it is more popular because of its role in Nigerian politics. It is a known fact that politics is a game of numbers and whoever has Kano in its pocket is assured of half success already even before heading to the polls. Why? Kano State is the second most populous state in Nigeria and not just that alone, the people of Kano are politically conscious such that they don’t take election matters for granted. This is just one of the reasons Kano has remained the number one winning joker in Nigerian politics.

Kano State has a long tradition of supporting the party at the centre but it didn’t in 2007 and 2011 and respectively. This made many people declare the election as non-credible while it was marred by violence in some of the regions too. Currently, the two strong parties in the state are the APC and PDP but Rabiu Kwankawo’s party, the New Nigeria Peoples Party (NNPP) could be an emerging third force in the race for the 2023 presidency. The party also sprang up in Kano which is making the trace for the 2023 presidential election become more intense for the players and more interesting for the observers.

In 2011 the PDP won the governorship election with a small margin, it lost the presidential election with a large margin, unable to win the 25% desired by its presidential candidate. The party won two of the three Senate seats and a majority of the House of Representatives. The ANPP which was the ruling party then won one seat senate, 11 of the state house of assembly and a few members of the House of Representatives. Kano PDP had 16.48% while the CPC garnered 60.77%. That was the second time in the 4th Republic that Kano would not support the party at the centre and still failed to land the presidency. However, the contribution of this state to both party and national politics cannot be waived aside.

According to the 2006 census, Kano was the most populated state in Nigeria followed by Lagos. But that’s a long time ago. Recent research has shown that Lagos is the most populated City in sub-Sahara Africa with about 21 million people. This is followed by Kano. It has more than 16 million people currently. But one would be surprised that Kano and not Lagos wield such a massive influence on Nigeria’s politics. The reason is not far-fetched. Lagos State has the highest number of registered voters in the country, yet at every election circle, it records one of the lowest participation percentages among the electorate. The last local government election will go down in history as one with perhaps the poorest turnout since the return of democracy in 1999; while the opposite is the case with Kano. At every election circle, Kano presents the second-highest number of registered voters as well as the highest number of actual voters which runs in millions.

For instance, Lagos and Kano States had the highest number of registered voters with 6.5 million and 5.4 million in 2019. The breakdown showed that Lagos State led with 5.5 million (5,531389) PVCs collected. It was followed by Kano which has 4.7 million (4,696,747) PVCs coll7ected. Meanwhile, the turnout at the election was quite different. In Lagos, the All Progressive Congress (APC) won the presidential election with a margin of 132,810 votes. The APC had an overall vote of 580,825 while the PDP had 448,015. But it was a different ball game entirely in Kano. The APC won all the 44 local government areas of Kano State with 1.4 million votes out of the 2,006,410 voters while the PDP only managed a meagre 391,593.

Politics is a game of numbers. With this kind of number at every election circle, there is no way the population in Lagos can beat the number of active voters in Kano to determine who wins the highly coveted presidential seat.

Each state is subdivided into Local Government Areas (LGAs). There are 774 local governments in Nigeria and each local government is equally divided into wards. Kano State with the highest number of LGAs and wards naturally would have more political consciousness than other states and this has proven to be very true by their level of turnouts at these polls. This is another magic that has worked perfectly for the state.

Lagos is the most populated state in Nigeria but only has 20 LGAs. It simply implies that politics at the grassroots in Kano is deeper than that of Lagos and the results are there to prove it. An average Kano indigene is more politically conscious than a Lagosian. Although many factors are responsible for this there can be no tenable excuse.

Kano has always been known to be a loyal political follower when it comes to the presidential election. However, with an emerging 3rd force springing up from the state, there could be a new narrative to who becomes the next president of Nigeria which will still be determined by Kano.

The defection of a former governor of Kano State, Rabiu Kwankwaso, to the New Nigeria Peoples Party (NNPP) has elevated the little-known party into the limelight as a potential third force in the 2023 elections, especially in the presidential poll. Many followers of the former governor have been trooping into the party across Northern Nigeria, according to reports.

Mr Kwankwaso said his latest change of parties was due to “leadership crises in the PDP in Kano State and the North-West chapters.” His defection from the Peoples Democratic Party (PDP) ended months of speculation. Since he returned to the party in 2018, he had been entangled in a “supremacy battle” with other leaders of the party in his home Kano State and in the North-West. His foes included a former minister of foreign affairs, Aminu Wali, and a former Managing Director of the Nigeria Port Authority, Aminu Dabo, against whom he fought for the control of the party in Kano. He also challenged Governor Aminu Tambuwal of Sokoto State for the North-west leadership of the party.

There is no doubt that the APC and PDP primaries would have some fallouts that can lead to an alignment with the NNPP. This alignment can in a long way bring a lot of strong politicians with similar interests together to determine who wins the next presidential election.

History has been known to always repeat itself. If the likes of Asiwaju Bola Tinubu of APC and Atiku Abubakar of PDP do not get the ticket to represent their parties, they could be forced to align with Kwankwaso’s NNPP. Whichever it goes, Kano still wins.

Let’s quickly remind you that this similar incident was what birthed the APC on 6 February 2013. It was a merger of Nigeria’s three largest opposition parties; the party came to power following the victory of Muhammadu Buhari in the 2015 presidential election. This marked the first time in Nigerian history that an opposition party unseated a governing party and power was transferred peacefully.

How KANO Will Determine The Next President was last modified: May 17th, 2022 by Damilare Salami

THE NEXT BULL: SUJIMOTO BAGS ANOTHER BUSINESSDAY AWARD