Home News It Is The Turn Of IJEBU To Be Ogun Governor •OGUN APC Guber Aspirant, ADEWALE ADENAIKE
News 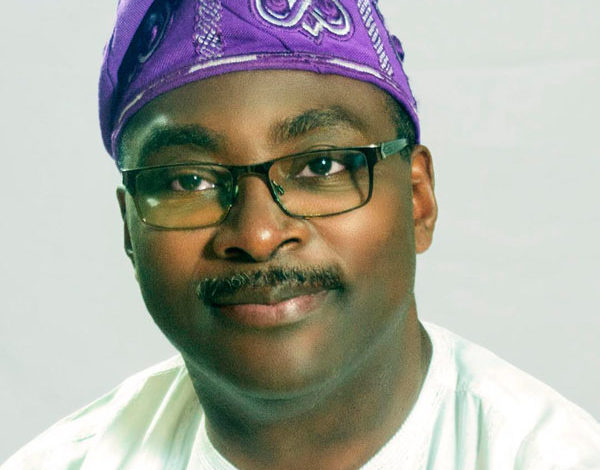 Adewale Adenaike is one of the APC governorship aspirants in Ogun State. Though he might not be as stupendously rich as some of those in the race with him, he has 2 things going for him: great ideas and a formidable political network, which he plans to put to good use.

A few days back, Adenaike, who is related to media icon, Felix A Adenaike, spoke with City People’s duo of SEYE KEHINDE and SUNDAY ADIGUN. Below are excerpts.

How have your consultations been moving around the state?

They are coming out good. We are doing most of our work at the grassroots level. We are going to the people because they are the ones to decide who leads them, our attention is more on those relevant people.

Of course, the incumbent has his preference. His preference is not necessarily my preference, that doesn’t mean that one is right or wrong.

It is just that he has his preference. Unfortunately, I don’t belong to that preference. I have my own political lineage to follow.

I have nothing against my Governor, he is still my Governor. We are in the same party (APC).

What do you make of Gov. Amosun’s decision to field a Yewa man as an APC Guber candidate?

I think what the Governor is trying to do is to re-write the history of Ogun State and I don’t think he is right by doing that, Yes, we do have 3 senatorial districts. Like in Nigeria, we have 6 geo-political zones, don’t we? But you remember the history of Nigeria says the North and South came together and became Nigeria. The present President, Mohammadu Buhari is from the North West. So when he finishes his term, will it be right to give it to somebody from the North East or somebody from the North Central? The General consensus is that it should come back to the South. And the Southerner can place it in any direction they so desire. It could go to South East, South West, whatever, that should be our decision, and once it is over there or South-South, it goes back again to the North.

Same thing in Ogun State. Ogun has 2 provinces, and those 2 provinces are Egba Egbado province. Egbado is the Yewa. Then we have the Ijebu Remo province. Now since the inception of the state, the top political office has been rotated between those two provinces. The last time it was Ijebu province’s time. That was when Otunba Gbenga Daniel served. It was given to the Remo part of Ijebu, Remo is only 3 Local Governments areas. When it went back to Egba-Egbado province, it was then the turn of Yewa. They should have given the ticket to Yewa. Instead, they denied Yewa of it. They gave Egba. That’s how Amosun became governor. Now, that is not our concern. Now it is this side of the divide.

Now, it is the time for the crown to come back to the Ijebu again and my Governor is talking about going to Yewa. I am sorry I disagree with him because he is trying to rewrite the history of Ogun State and that is why I said, I am not in alignment with his line of thought.

Talking about Ijebu people, do you think they are united and ready for your stance?

Ijebu people have always remained one. We may have different groups, but when the chips are down, Ijebu will converge into one. There is a lot of unity there, especially under the leadership of his Royal Majesty, Oba Adetona, he makes sure that we remain one, I give that to him.

Ijebu already have too many aspirants, how do you think they would come together if they were eventually asked to produce one candidate?

When that happens, what would happen is that the leader would call everybody to a round table and there would be a lot of discussions? There is no desperation in wanting to become the Governor of Ogun State and indeed, our interest is the people, we should be able to sit together and have a common ground. If at the end of the day, they said to me that Mr. A is the chosen one and he is from Ijebu, what I have to do is to support him and support that decision. It is not a life-and-death situation and if it is me as well, I will open my arms and welcome them on board.

Why is Gov. Amosun refusing to continue from where Gbenga Daniel stopped?

He has done what he could do within the limit of his ability. It is not for me to start directing the governor. What he has done is what anybody could do. What he needs to do is to carry on from where he has stopped.

There is also a school of taught that says Ijebu people want to be governor because Gov Amosun has left them out of his infrastructural development. Is this true?

That is not correct, Ijebu people want the position because it is our turn, not because of what the governor has done or is yet to do. It is simply because it is now our turn to produce the Governor, it has nothing to do with his performance.

As you are going around, consulting and talking with stakeholders, what is the message you are passing across to them?

My message has always been the same ever since I have been in politics. I have run for the Senate twice and the message I was preaching during the AD days. And that is a governance of total inclusion, the governance of the grassroots”.

There is nobody who will work with me that would not learn how to give all. When you say somebody is a leader, there must be people behind you and they must have the same perspective as your, if not, you are not leading.

What I am preaching to them is this. Every ward in this state would feel the impact of my government because the leadership will start from there. I will not sit in Oke-Mosan and determine what would happen in Odelewu, a village in Ogun East. I will expect people from that ward to come out with what they require of the government.

They are to determine the direction of my government. I may not be able to do the 20 things they have listed, I may just be able to do 5, but it would be what you need in order of priority and what I intend to do is that for me to be able to recycle the wealth, when you bring out anything you want us to do, we have to look for people in your area who would do those things in line with our specifications. For example, if somebody wants a certain road, my own team, the ministry of work and engineers would  redesign the work, re-unite specification, we would now go back to that community, and ask them “can you provide an engineer who can do this?” Later, we would now go to the Local Government, still within that area, there must be somebody there, who could do the job, therefore, they become the Inspector of the work themselves. As Yoruba will say “eni ta gbe se fun o ni’ru nidi”. Now the job of government would be to monitor the project without monitoring team to make sure that you are doing what we asked you to do and what will also be compulsory is that the contractor would have to employ people from that community, those who are able and qualified to do that job. What we want to do is to engage everybody.

Anyone found guilty would be re-allocated, and redeployed to where he would function so that they can be useful to themselves apart from coming to the office and be wasting away. There are lots of brains that are wasting away in Ogun.

It is a governance of inclusion, everybody gets involved.

I was born in Osun State, Gbongan. 3 months after my birth, I was brought to the village where my maternal grandparent lived Ipesi-Isiwo. I went to a school called St. Mary Catholic School in Odolewu, from there I went to Saint Anthonys Grammar School in Isiwo. After that I went to the UK, I studied there. Meanwhile, I thought I was just going to study there and come back to Nigeria, but I found myself staying in England for 37 years.  That was where I was and I got married, got kids.

But then since I have been there, I have always been in touch with home. We had Ijebu People Association in the UK. I was their first President. We did a lot of things for the benefit of the indigenes of Ijebuland. While I was there, I did a lot of community projects, which include giving out Scholarships, giving out Bursary Awards to different schools, and initiated Catch Them Young projects. We involved our girls in so many things including football.

I made sure that we tried to encourage them. And football is one of the tools we used. Because football unites us. Be it Yoruba, Igbo or Hausa. I have also been given so many titles.

Have you been living in Ijebu since you came back?

It Is The Turn Of IJEBU To Be Ogun Governor •OGUN APC Guber Aspirant, ADEWALE ADENAIKE was last modified: September 10th, 2018 by Reporter

Wabote has no filing with Code of...