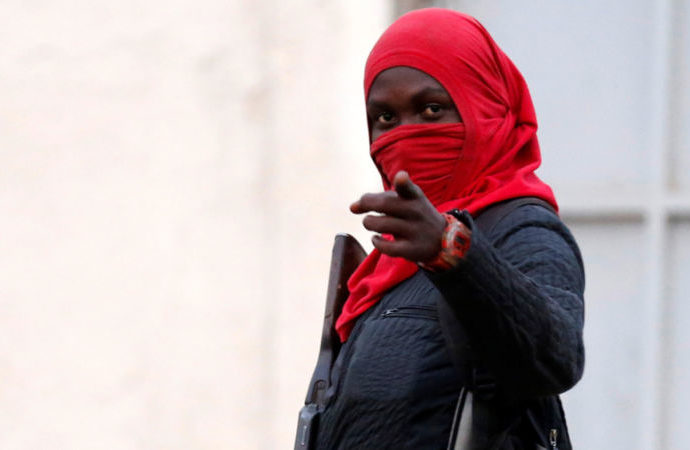 President Alassane Ouattara made the announcement during a cabinet meeting Saturday evening. Earlier in the day, his defence minister led a delegation to negotiate with disgruntled soldiers in the country’s second-largest city, Bouake, where the mutiny that saw troops shooting their weapons began Friday morning.

Ouattara said he was willing to take into account soldiers’ demands for more money and an improvement in their living and working conditions, but he criticised the mutineers’ tactics.

“I want to say that this manner of demanding is not appropriate. In fact, it tarnishes the image of our country after all of our efforts at economic development and diplomatic repositioning,” he said.

Ouattara came to power in 2011 after a postelection crisis that claimed more than 3,000 lives. The crisis was triggered by former President Laurent Gbagbo’s refusal to accept defeat and step down. It capped more than a decade of turmoil that began with the country’s first coup in 1999.

The new president faced enormous challenges in trying to create a unified army. Analysts had predicted the government would offer payoffs to defuse this week’s crisis, as it did when soldiers staged a similar revolt in 2014.

The details of the deal were not immediately available, and representatives for the mutiny’s leaders could not be reached.

“This is another reminder that the longstanding issues that led to the crisis are still unresolved,” she said. “Some people forget and think that everything is going well in Ivory Coast. I think this should be toned down.”

For most of Saturday, the mutiny appeared to be gaining momentum with alarming speed.

Heavy gunfire erupted at a military camp in Abidjan, Ivory Coast’s largest city, and barricades were erected in the city centre amid unconfirmed reports that mutinous soldiers had reached the military headquarters and defence ministry. The ministry denied those reports on its Facebook page

Gunfire was also reported in Bouake for a second straight day and in the western city of Man.

Abidjan residents stocked up on food and water amid fears the city could see more violence.

The U.S. embassy advised staffers to keep off roads and to stay near their homes, while France advised restricting travel to the country’s interior and avoiding military camps in Abidjan.

Ivory Coast is no stranger to mutinies, having experienced about 10 since 1990, according to Maggie Dwyer, an expert on mutinies in West Africa at the University of Edinburgh.

“If your soldiers are coming to the streets for pay, there are probably deeper tensions within the military structure, and those often go unaddressed,” she said.