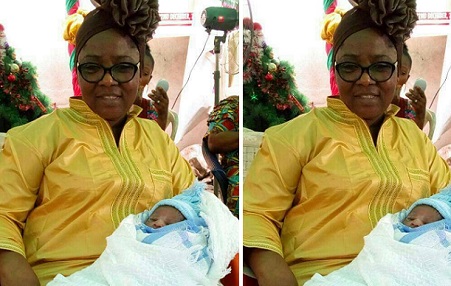 Shade Tinubu-Ojo, first daughter of the National leader of the All Progressives Congress, APC, Asiwaju Bola Tinubu has welcomed her first baby, a boy, through surrogacy.

PM News investigation revealed that the baby was born on 25 December, 2017 through surrogacy to the Tinubu-Ojo family, who have been expecting a baby several years after marriage.

Despite fact that the baby was born through surrogacy, there is joy in the Tinubu-Ojo’s family that at last the Iya-Oloja General is now a proud mother.

The naming ceremony of the baby has been fixed for Monday, January 1, 2018.