Iyaloja of Lagos Pledges To Canvass Electorates For Sanwo-Olu 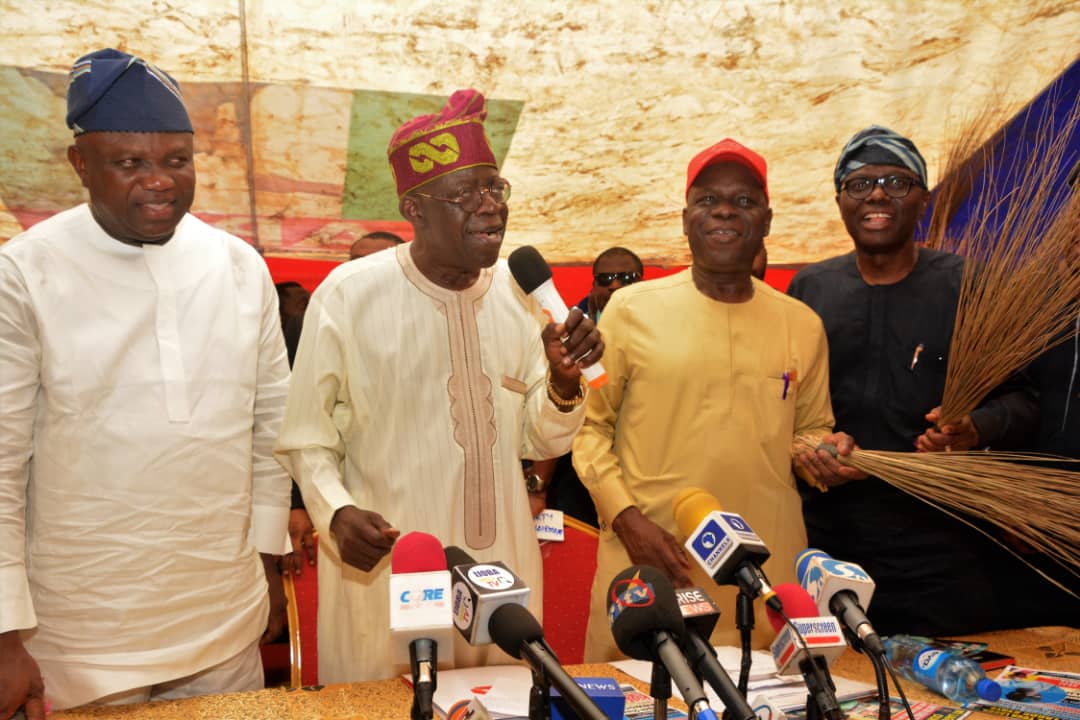 The Iyaloja General of Lagos, Mrs Folashade Tinubu-Ojo on Wednesday vowed to mobilize market women in the state to vote candidates of the All Progressives Congress in the forthcoming March 9 elections.

Mrs Folashade Tinubu-Ojo who received members of the Presidential Support Committee National Delegates led by Mr. Seyi Bamigbade, also a Coordinator of Lagos Progressive Vanguard on a door-to-door campaign for the APC governorship candidate in the state, Mr Babajide Sanwo-Olu and his running mate, Dr. Obafemi Hamzat as well as state House of Assembly candidates, commended the group for their zeal and dedication in ensuring the success of the door to door campaign in Lagos.

She said, “I recall that we had a similar door-to-door campaign prior to the February 23 elections; we thank God that our effort for that exercise, was not in vain, as President Muhammadu Buhari and Vice-President Yemi Osinbajo emerged winners. Now, it is time to vote for continuity, competence and experience, because Babajide Sanwo-Olu has revealed his agenda for Lagos tagged, ‘THEME’, which stands for Traffic Management, Transportation, Health, Environment, Education and Technology. These are the basic aspects of development that will make Lagos become 21st-century Compliant, along with Entertainment and Tourism.

“It is important that we let our people be aware of this project to enable them to understand the reason they should come out and vote Sanwo-Olu and other APC flag bearers,” she added.

Olusope said the state chairman of NURTW Alhaji Agbede had since urged members of the union to ensure that the APC candidates in Lagos State win the elections.

“We are ready to work for the victory of the party with million votes, and this is our tradition, and we have given our words,” Olusope said.

In response, Mr Abdullahi Ibrahim, the Secretary of Presidential Support Committee said APC will continue to win because of its developmental vision for the nation.

Oil Dealers Have Been Cheating Nigerians of N198,500 Per Truck Sold – Inside Source