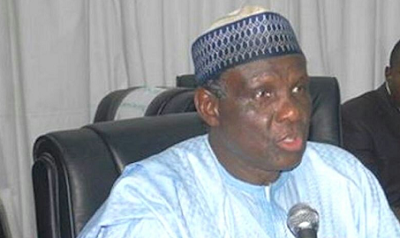 Ahead of the 2019 general elections, a former Minister of Information, Jerry Gana, has declared his intention to run for presidency under the flag of the Social Democratic Party (SDP).
He made his interest known in a letter to the the party on Thursday.

He said Nigeria is facing a threat of war with the level of crippling uncertainty everywhere in the country.

He also said the present government has shown incompetence and lack of capability to turn around the drifting country, warning Nigeria will implode if President Muhammadu Buhari returns for the second term.

Mr Gana said his desire to contest the election is not motivated by a quest for “self glorification nor aggrandizement” but borne out of a “patriotic zeal and conviction that with my pedigree, experience, skills and academic endowment, to provide the requisite leadership to transform the fortunes of the Nigerian people and change the trajectory of our country towards the attainment of our fullest potentials.”

He urged the party to positively note his interest.