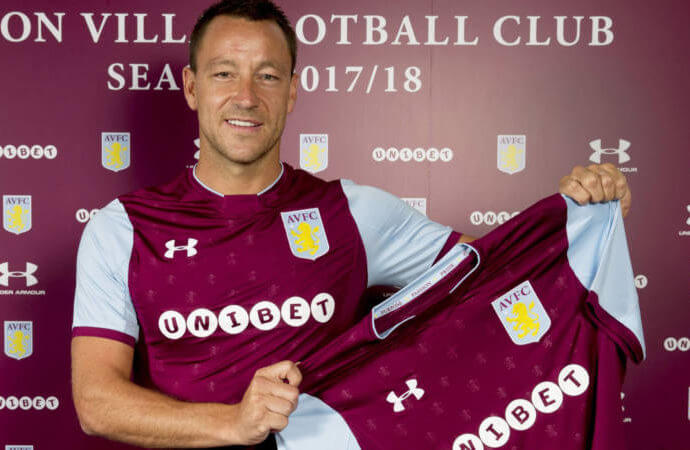 John Terry has completed a move to Aston Villa on a one-year deal after leaving Chelsea.

The former England captain’s contract will not see him take up a coaching role at his new club, according to Sky Sports, with Steve Bruce preferring the centre-back to concentrate on getting his side back into the Premier League.

The move is one of the most lucrative ever signed by a player in the Sky Bet Championship and could see 36-year-old Terry earn £4m if he can help secure a successful promotion campaign.

The defender, who was named PFA Player of the Year in 2005, had received Premier League offers from West Bromwich Albion, Swansea, and Bournemouth, but was reluctant to play against his former club, Chelsea.

“I am delighted to join Aston Villa,” Terry said. “It’s a club I have admired from afar for many years – there are fantastic facilities at Bodymoor Heath, Villa Park is one of the finest stadiums in the country and there’s a good group of players here, with an experienced and successful manager in Steve Bruce.

“I can’t wait to get started now and look to help the squad achieve something special this season.”

Terry had posted pictures of a golf outing with Bruce last month, as well as workout videos with the Villa boss’ son, Alex.