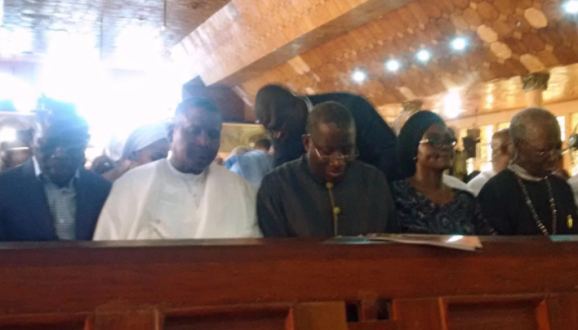 The funeral of the wife of former Chairman of PDP board of trustees, Anthony Anenih, Patricia, took place at Uromi in Edo state today May 27th. Mrs Anenih died on Easter Monday in a London hospital at the age of 76.

Before her interment, a requiem mass was held at the St Anthony Catholic Church, Uromi in Edo state. In his tribute, Chief Anenih described his late wife as his treasure that remained an understanding wife until she passed on.

“She remained an understanding wife, who steered the course of my life along the path of resounding success. As a police officer, I benefited from her wise counsel, which I so often needed. As a businessman, she brought in for my benefit that sober and restraining voice that leads to appropriate reassessment of means and methods as well as priorities which is indispensable for success. As a politician, I needed someone to cater and Patricia catered for all my associates and friends cheerfully and willingly without any sign of weariness, displeasure or frustration.” 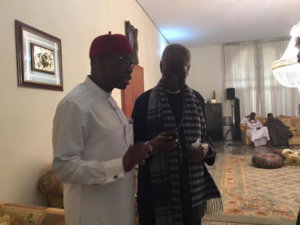 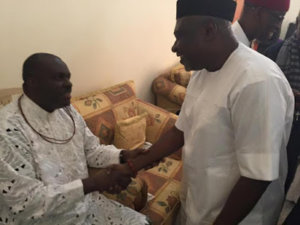 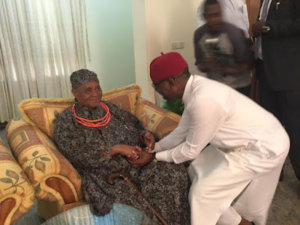 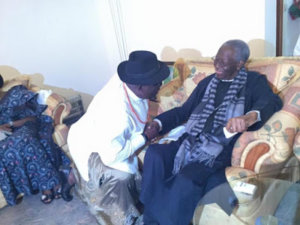