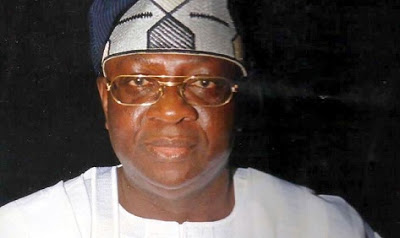 Three former top officials of the Nigerian Ports Authority and a former special adviser to President Goodluck Jonathan have been named in a massive foreign bribery scandal that has led to the conviction of a company and some of its top officials in Switzerland, Premium Times reported.

Dredging International Services (Cyprus) Ltd was sentenced to a fine of one million Swiss Francs and asked to refund 36 million Swiss Francs illegal profit after it was indicted for allegedly making illicit payments to a former Managing Director of the NPA, Adebayo Sarumi; a former Managing Director of NPA’s Eastern Ports, Felix Ovbude; a former Executive Director of Finance at the NPA, Abba Murtala Mohammed; and Daniel Afam-Obi, a former executive assistant to Sullivan Akachukwu Nwankpo who was ex-President Goodluck Jonathan’s special adviser on technical matters.

Investigators believe Mr. Afam-Obi acted on behalf of Mr. Nwankpo. While Messrs Sarumi, Ovbude and Mohammed allegedly collectively received $2.6million in kickbacks, Mr. Afam-Obi was said to have been paid $157,000 for unknown reasons. Another $18million dollar was passed to companies in which some yet unknown Nigerian officials have interests

Pilgrim Arrested At MMIA On Her Way To Saudi With Cocaine