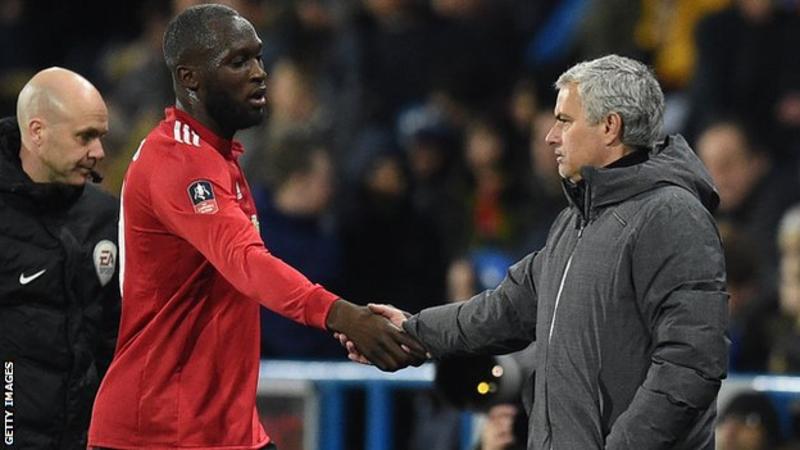 Jose Mourinho is “real” and does not fake his emotions like other managers in the Premier League, says Manchester United striker Romelu Lukaku.

United boss Mourinho demanded respect from the media after an angry news conference following a 3-0 defeat by Tottenham at Old Trafford in August.

But Lukaku says the Portuguese is a family man, makes the players laugh and fights for them, and deserves respect.

“People know a side from him which is he’s a winner,” said Lukaku.

“But what I like about him is he’s not going to fake his emotions. When he’s mad, you know he is mad. When he’s happy, you see he is happy.

“I don’t understand why people don’t like the realness about him. When he’s mad at me I know he is mad at me, and I try to do what he wants so he is happy again.”

In an interview with Dion Dublin on Football Focus [Saturday at 12:00 BST on BBC One], the Belgium forward also talks about learning from former France and Arsenal striker Thierry Henry and ex-Chelsea forward Didier Drogba, his relationship with ex-Everton manager Ronald Koeman and wanting to finish his career with no regrets.

United finished second in the Premier League last season, but have lost two of their opening four games this campaign.

Lukaku, 25, says Mourinho will not shy away from confrontation when he is unhappy with the way his players or the team are performing.

“Sometimes footballers, we get soft a little bit,” added Lukaku. “If I listen to players from back in the day and now, a manager cannot say what he wants to a player because you feel attacked.

“But I don’t feel attacked, because that’s who I am – I am a tough man, but that doesn’t come from football, that comes from my background.

“My relationship with him is cool. He makes me laugh, he makes the players laugh, he’s a real family guy. He fights for his players, but he’s real. When you’re not happy, you don’t need to fake your emotions.

“People need to appreciate that, at least there are people who are real in this world like him. Because most of the managers in the league, when they are not happy they try to find a way to seem happy.

“You should respect that he wants to keep his own personality and not shy away from confrontation. Here, he really wants us to improve. He is a normal guy, we get along well. He is cool with everybody.”

READ ALSO: GOLDEN EAGLETS TO BATTLE BLACK STARLETS FOR PLACE IN AFCON UNDER-17