Judges Can Do Their Jobs Via Skype – Falana Tells CJN 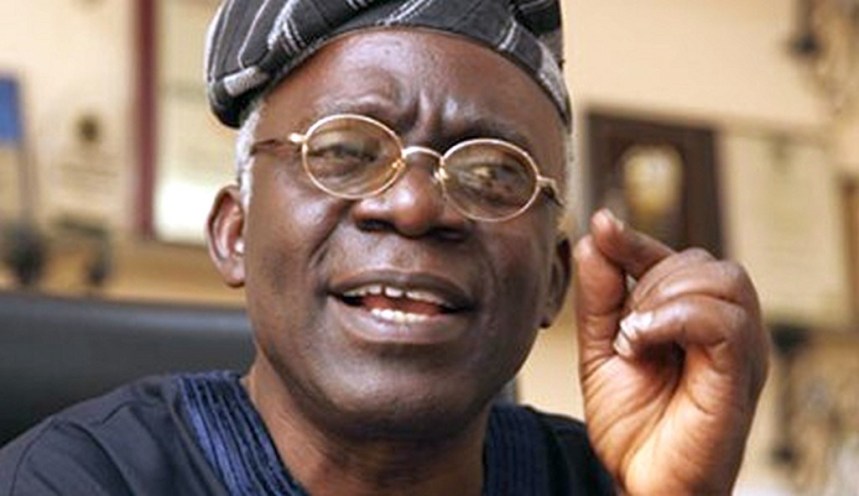 In his letter titled, “Request To Re-Open Courts To Attend To Bail Applications And Fundamental Rights Applications,” the human rights activist said it is important that the National Judicial Council (NJC) review its decision to suspend court sitting till further notice.

According to Falana, this review is necessary in view of the fact that motions for the bail of many criminal suspects and applications are pending in several courts in all the states of the federation and in the federal capital territory.

He added that decision to re-open courts is also necessary to ensure that thousands of people who are either awaiting trial or under investigation are not subjected to unlawful detention.

Read the full letter below…

Pursuant to Your Lordship’s letter dated March 23, 2020, all Heads of courts in the country were directed to suspend court sittings for two weeks in tandem with the COVID-19 Regulations issued by President Muhammadu Buhari.

In another letter dated April 6, 2020, Your Lordship extended the suspension of court sittings “till further notice given the lockdown measures put in place by the federal government and some state governments to curb the spread of COVID-19. ”
No doubt, the decision of the National Judicial Council to suspend the sittings of all courts was predicated on the need to protect our Judicial Officers and judicial staff from the coronavirus pandemic.

However, in view of the decision of the federal government to relax the lockdown by allowing markets, shops and stalls selling food and groceries to open to customers between the hours of 10:00 am and 2:00 pm daily the National Judicial Council ought to review the suspension of court sittings to enable them to attend to urgent matters.

The review has become necessary in view of the fact that motions for the bail of many criminal suspects and applications to secure the enforcement of the fundamental right to personal liberty of other detainees are pending in several courts in all the states of the federation and in the federal capital territory.

In addition, the return dates in respect of several ex parte orders made by Magistrates for the remand of a number of criminal suspects which have since expired are due to be quashed or renewed to extend the time for further investigation.

In order to ensure that thousands of people who are either awaiting trial or under investigation are not subjected to unlawful detention, we are confident that our humble request will be granted.

More so that the heads of the various courts are vested with the power to designate Judges and Magistrates to attend to urgent matters in accordance with the laws establishing such courts.

However, in order to observe the social distancing directive, we suggest that arrangements be made for Judges to hear urgent applications via Skype or Zoom.

While awaiting Your Lordship’s response to our request please accept the assurances of our highest professional regards.

Judges Can Do Their Jobs Via Skype – Falana Tells CJN was last modified: April 9th, 2020 by Damilare Salami