Home IT & Telecoms Juliet Ehimuan- Chiazor: The Next Bill Gates is Female & African
IT & Telecoms 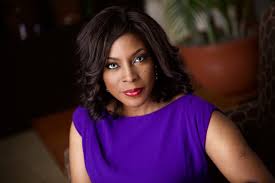 Technology continues to dominate much of our daily lives. But where is the female equivalent of Steve Jobs, Bill Gates, Larry Page, Sergey Brin, or Mark Zuckerberg?

The STEM fields—science, technology, engineering, and mathematics—have always been dominated by men. This problem is not unique to Nigeria or Africa; it is global -though the numbers in this part of the world are more staggering, and the constraints more severe. But no matter where you turn, the stats are grim. Globally today, women hold only 27% of all computer science jobs. This is unsurprising, given that less than 20% of bachelor’s degrees in computer science go to women, even though female graduates hold 60% of all bachelor’s degrees.

A lot of research has gone into understanding why there are so few women in technology. The question has been asked – are there inherent differences in intellectual capacity between men and women? This is not the case. In fact most of the evidence suggests that from an ability point of view, men and women are on equal footing. A recently published study shows that, if anything, girls are slightly outperforming boys at schools in almost every country in the world. When given the right support, women do just as well as men, sometimes better — so it isn’t an inherent ability difference between the sexes. From a brain power perspective, there is equal opportunity for men and women.

Lack of encouragement may seem trivial but can be very powerful at a young age. In many societies, girls are not generally encouraged to go into science and technology. Technology is perceived as difficult, masculine, and this results in internal bias in the minds of girls, who may naturally under-rate their intelligence. Research shows that “women need more positive reinforcement, and men need more negative reinforcement. The same research shows that while men tend to overestimate their learning abilities, their earning abilities; women tend to underestimate their abilities”. When you add the cultural dimension in our society where some women are not seen as deserving of an education, where girls are married off as child brides, the problem escalates.

If we remove the obstacles holding girls back, they will excel. If we are serious about encouraging a critical mass of girls and women in technology, we have to increase the scale of opportunity and participation right from the beginning. If we start from the bottom of the funnel and make it possible for more girls to get an education and enter into the arena, we would increase the percentage that eventually bubble to the top.

Looking more specifically at Nigeria and Africa, we have the added challenge of access to education. Education today should be a fundamental human right. We cannot leave more than half of the population behind. To this end, I’d like to recognise and applaud all those individuals and organisations that are working to advance the course of education for the girl child; and creating awareness about the ills of child marriage. It does take a village to raise a child. Each and everyone of us has the responsibility to nurture and protect the children of our communities. Why in some cultures do we set our sights so low for our daughters, our sisters, our children? They want to live a full life like everybody else, and be the best versions of themselves. There’s something in the human spirit that longs to be a little better than what it is today. We strive for greatness, fulfilment, and even perfection. We need to ensure that the hopes and dreams of our children are not crushed. If we don’t do this, we’re killing our society and the basic fabric of our humanity.

Reflecting on my personal experience, I was one of seven children, five girls and two boys. Of course we had some stereotypes which were reflected in what was expected of the girls versus the boys; but, when it came to education, the standards and expectations were the same. My father encouraged us to go as high as we could in our studies. There was no-one telling us (my four sisters and I) that education was not our lot in life. Three of us veered into science and the other two went into Arts. When I said I wanted to study computer engineering, there was also no voice telling me I couldn’t do it. There was no voice challenging my audacity to venture into such a world, the world of engineering, which some may refer to as a man’s world. When I got to university, I was one of two ladies in a class of over 40 people studying computer engineering. It is interesting to note that while in school, I was sometimes faced with comments suggesting I was indeed in a man’s world and playing a man’s game. When I worked hard, some of my male colleagues would say “why are you working like a man?”. In some circles, I found that I wasn’t taken seriously but because I had a good foundation, which helped me to believe in myself, I was able to rise above such comments and not be defined by them. There are many voices that may offer defeat to a female student or professional or even leader. These voices can be from family, tutors, peers, or the blur we call society.

Stereotypes can be very powerful. I have a young daughter. As you can imagine, she watches her children’s programs. Sometimes I’m forced to sit through entire episodes of Paw Patrol, Bubble Guppies, Team Umizoomi, and Dora and Friends. One of her favourites is Nella the Princess Knight. The first day I sat with her to watch it, I realised that the story was about a princess who was also a knight and the protector/defender of her community. And I compared that to the cartoons we watched when I was growing up – typically Sleeping Beauty waiting for a prince to kiss and save her or Cinderella, waiting for Prince Charming to save her.

We were not raised with the idea that women could save themselves and others. I see that my daughter is growing up in a changing world. A world where she gets to watch Wonder Woman (with a female director) and Black Panther where women play strong leadership roles in the community.

Role modelling is key for a number of reasons. There’s a chicken and egg situation where if you have more women in tech, more women will be inspired to join tech. Those role models are strong symbols that it is possible. Recently, we hosted students from seven secondary schools at the Google office for mentoring. At the end one of them came up to me and said: “I did not know the head of Google was a woman.” And I smiled and said, “Yes this is real, and it could be you.”

These images are very important because they get logged in the brain and in many ways define how we see ourselves, and what we aspire to. It is these images that reinforce stereotypes or change consciousness.

More women in tech, particularly at the top, can help influence the policies and working conditions that challenge women. Realities like ‘I’m building my career as a petroleum engineer. I’m a nursing mother and I’m required to go offshore for three weeks?’ The options for women become much less when they are pregnant. Some companies won’t even hire a pregnant woman so you’re stuck wherever you are even if a great role comes up elsewhere.

Education should be a fundamental human right. Today we don’t just talk about basic literacy. We talk about digital literacy. I often say that digital literacy is today what basic literacy was to society decades ago. It makes business, socio-economic, and even financial sense to encourage women to embrace digital technology. Access to information still remains a powerful tool that can enhance any aspect of life. I’m referring to a baseline digital technology appreciation that every human being today should have even if they don’t go on to develop careers in tech. Every area of life today is touched by digital tech. Personal health, finance, growing a business, learning a new trade, perfecting your skills. Even some of the impediments that culture places on women can be taken care of, if they have access to information. They will have a better understanding of issues, be more empowered to solve day to day problems, and make better choices. That’s why Google has committed to provide free digital skills training to 10M young Africans in five years.

Introducing science, technology, engineering and math (STEM) education early helps people to overcome the phobia of science and tech. Moving up the funnel, women can benefit from supportive communities of learning and best practice sharing, as well as mentoring and the presence of role models that can show them it is possible.

One of the things Google in Africa is doing is developing communities of female developers. Every year we run a Women Techmakers event. Women Techmakers is Google’s global program for women in technology. It provides visibility, community, and resources for women in technology to drive innovation and participation in the field. We achieve this by hosting events, launching resources, and piloting new initiatives with communities and partners around the world to ensure women are supported and empowered in our industry. In March and April of 2018 we’re hosting 16 summits globally at Google offices and supporting 200 local community meetups to help 20 000 women come together to “Build a New Horizon” for women in the tech industry. Globally, we have 410 women in technology leaders who are organising local events that engage and support women in technology. Women studying for their degree in Computer Science can apply for our Women Techmakers Scholars program. Last year it was attended by over 200 women doing amazing things and showing great leadership.

Girls are multi-talented. Some have a strong affinity for technology, and others gravitate towards other professions. If we just remove the barriers holding them back – verbally, mentally, culturally, financially, and structurally – if they are not forced by society into stereotypical directions, they will move in the direction of their talents, and for some that would be towards a career in technology. It’s about ensuring that all human beings (male and female) are able to live to their full potential.

In summary, I would say – let us give every girl an education. Let’s introduce them to STEM early, and provide basic digital skills training. Let us remove the obstacles that prevent them from going higher. Let’s combat stereotypes. The landscape is changing. More and more we’re seeing women leaders in tech doing amazing things. And as our daughters grow in this new generation, I look forward to having more female global success stories.

***
Juliet Ehimuan-Chiazor is a Nigerian technology expert and leadership coach who currently serves as Country Director at Google Nigeria. An online business strategist, Juliet is passionate about digital empowerment and is an advocate for self-leadership. Connect with her on social media @jehimuan.

10 Tips To Make Your Phone Battery...