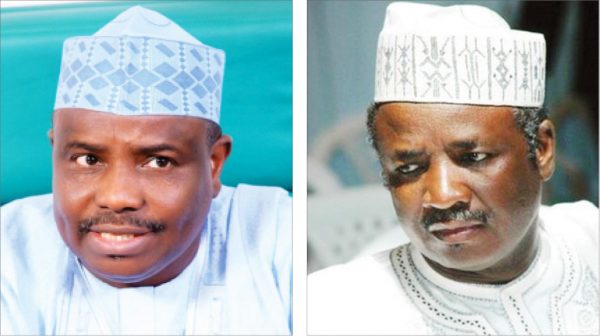 Not les than fifty governorship candidates from various political parties on Wednesday signed a peace treaty in Sokoto state.

They include candidates for the two major political parties in the state, Governor Aminu Waziri Tambuwal of the Peoples Democratic Party (PDP) and his former deputy, Ahmed Aliyu, who is contesting under the banner of All Progressives Congress (APC) as well as four female candidates.

READ ALSO: “I FEEL VERY SAD THAT IT IS GOING ON AT ALL” – VP OSINBAJO ON CJN ONNOGHEN’S TRIAL

Theresa May faces vote of no confidence as Brexit crumbles

Chance the Rapper, pulls down collaboration with R. Kelly from streaming over alleged sexual abuse