Just In: Gombe Govt Changes Curfew Time To 6 pm – 6 am 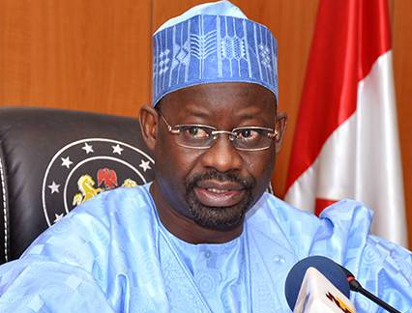 The Gombe State Government has announced a review of the curfew in Gombe metropolis to 12-hour. It will now start from 6 pm to 6 am.

The state government had, on Sunday, relaxed the curfew to between 10 pm and 6 am daily.

However, there was a report of unrest in some parts of the metropolis Sunday night.

In a statement issued on Monday by the Acting Secretary of the State Government, Mr James Pisagih, Governor Ibrahim Hassan Dankwambo has now directed that the curfew be reviewed from 6 pm to 6 am daily until normalcy returns.

“Reports received from security agencies in the state had indicated that some hoodlums had taken advantage of the relaxing of the curfew imposed in Gombe metropolis to harass and intimidate innocent citizens as well as destroy properties,” he said.

He also called on traditional, community and religious leaders to enlighten their subjects and followers on the need to allow peace to reign in the state.

Daily Trust learnt that when the crisis broke out penultimate Sunday, the state governor, Ibrahim Dankwambo was absent from the state and is yet to address people of the state to calm nerves.

Our correspondent, who went around the metropolis, reports that there was panic among residents of the metropolis since the early hours of Monday, following a report of the clash between youths from the two faiths last night in some areas.

Recall that on Sunday, April 21, an officer from the Nigerian Security and Civil Defence Corps (NSCDC) killed eight members of the Boys Brigade during a procession to mark Easter in Gombe.

The situation deteriorated on Saturday, April 27, after a burial ceremony for the eight Boys Brigade members turned violent, which made the state government impose a 15-hour curfew on Gombe metropolis.

HORROR! Man Cuts Off Lover’s Head, Hides It Inside Fridge