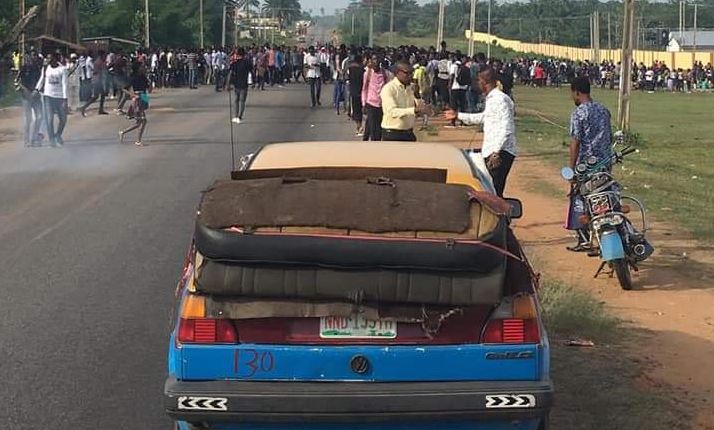 Students of the Ondo State University of Science and Technology (OSUSTECH), Okitipupa, have been directed to vacate the institution’s premises for two weeks following their protest over increase in school fees.

Mr Felix Akinusi, the institution’s Registrar, told the News Agency of Nigeria (NAN) on Tuesday in Okitipupa, that the two weeks began from April 30 to May 15.

The Registrar said the institution’s management took the decision in order to restore peace on campus and for the protest not to escalate.

He added that the management was initially not aware of the cause(s) of the protest but later dialogue‏ with the students without success.

“We later gathered that the students are protesting over school fees, this should not be an issue because it was an agreement we reached since 2017.

“We try to talk to them to stop the protest and maintain peace but they did not listen.

“The management has officially shut the institution for two weeks and students are advised to vacate the campus,” Akinnusi said.

NAN reports that the students had on Monday barricaded the Okitipupa-Igbokoda Road, disrupted academic, administrative and commercial activities on the campus and area.

NAN learnt that the students were protesting the decision of the management to retain the fees between N150, 000 and N200,00 which they paid last year.

Just In: Gombe Govt Changes Curfew Time To 6 pm – 6 am