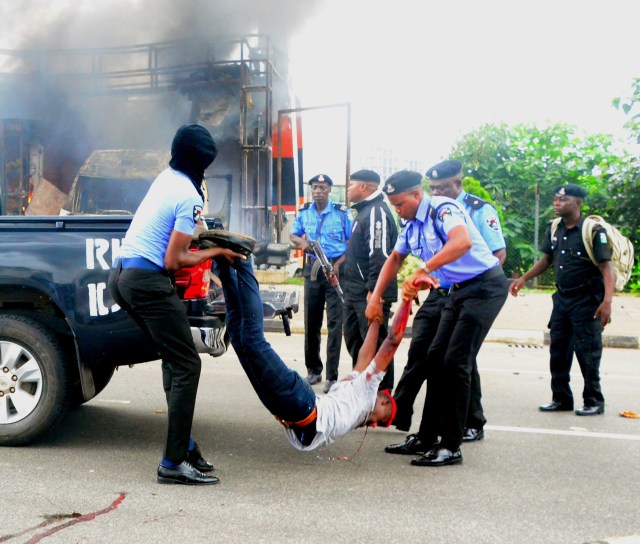 Three suspected kidnappers have been killed by Police in Niger state after a fierce exchange of fire between the bandits and the police.

The kidnappers were said to have invaded Tufa village via Gawu Babangida in Gurara local government area to kidnap people in the village.

Acting on information, a Joint Police/Vigilante team led by Divisional Police Officer (DPO) in Gawu Babangida, mobilized to the scene and engaged the hoodlums in a fierce gun battle.

One AK 47 rifle with erased breach number, one empty magazine, one pump action, and Army camouflage uniform were recovered from them.

The suspects were taken to Umar Musa Memorial Hospital, Sabon Wuse for medical attention but were later confirmed dead by the doctor as a result of the gunshot injuries sustained during the gun battle, the corpses were deposited at the hospital morgue.

The Police Public Relations Officer, ASP Wasiu Abiodun confirmed this saying that effort to arrest the fleeing members of the syndicate is in progress.

He added that the case is still under investigation adding that the Commissioner of Police, Niger State Command, Adamu Usman has given a marching order to the operatives of the Command to embark on an aggressive manhunt of kidnappers in the State.

The PPRO stated the determination of the Commissioner of Police to redouble its efforts to stem the tide of criminality in the State while soliciting the support of Nigerlites in giving useful and timely information to the Police.