JUST IN: Many feared dead as Hausa, Yoruba clash in Ile-Ife 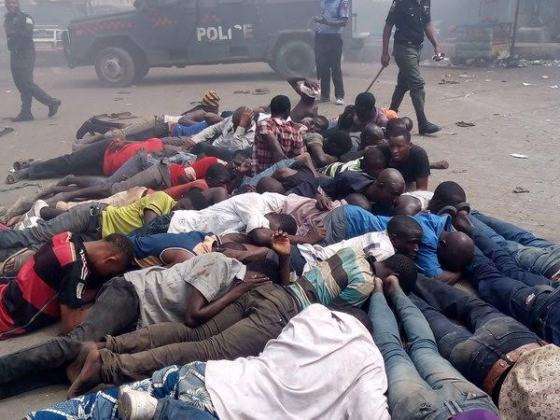 Several persons have reportedly died in a clash between Yoruba and Hausa residents in Sabo, Ile-Ife, Osun state.

We learned that the fight began on Tuesday but escalated on Wednesday morning.

The security operatives were said to have prevented Yoruba agitators from gaining access into Sabo which is predominantly occupied by Hausa residents, hence they went to Lagere to attack Hausa traders who do business there.

An eyewitness revealed that the clash is so intense that security operatives are having a hard time quelling the situation.

Several Ife residents have scampered for safety to avoid getting caught in the clash.

Properties worth millions of naira have been destroyed as a result of the rift.

The cause of the clash is momentarily unknown although it is believed to have been sparked by a disagreement between a Yoruba and Hausa.

JUST IN: Many feared dead as Hausa, Yoruba clash in Ile-Ife was last modified: March 8th, 2017 by Daniji Emmanuel