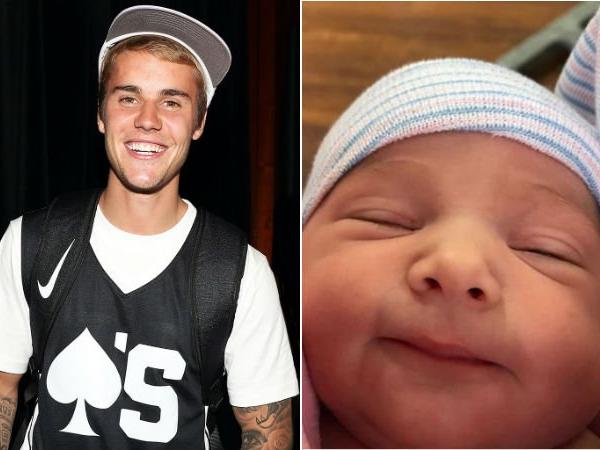 JUSTIN Bieber is a big brother once more after his father, Jeremy, welcomed his fourth child.

The 24yrs old Canadan pop prince was delighted to share the news of his expanding family with fans on social media.

Taking to Instagram on Thursday, Biebs shared a snap of his new baby sister – and revealed her rather unusual name.

“Meet the newest bieber, my little sister BAY BIEBER,” Justin wrote as he shared a snap of the sleeping baby with his 102 million followers.

His new sister appeared to be smiling sweetly as she lay with her eyes closed and wearing a pink and blue hat.

Justin was the product of Jeremy’s relationship with Canadian actress and producer Pattie Mallette – who raised Justin as a single mother.