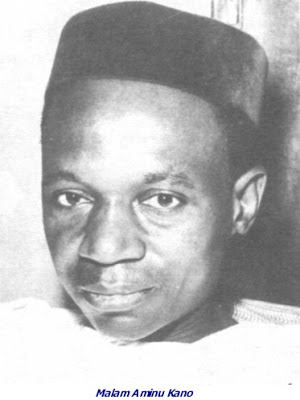 Kano was thrown into mourning last night following the reported death of Malama Shatu Aminu, one of the surviving spouse of late Malam Aminu Kano.

Wife of late Malam Aminu Kano, Hajiya Shatu Aminu Kano is dead.
She died on Sunday night after a prolonged illness, a family source, said.
She died barely 34 years after her husband, late Aminu Kano, a radical politician and founder of Northern Elements Progressive Union (NEPU) who died in April 1983.
Late Shatu, according to the source had been sick for many years before she passed on Sunday night at the age of 89.
The deceased could not be able to attend the annual memorial lecture for her late husband for two years due to the serious ailment that forced her to remain incommunicado till her last breadth.
Kano State Governor, Dr Abdullahi Umar Ganduje and the entire members of his cabinet and hundreds of contemporaries of late Malam Aminu Kano were among the dignitaries that attended the funeral prayers for the late Shatu which was held along Zoo road.
Late Hajiya Shatu was buried at Dan Dolo cemetery according to the Islamic rites, the source said.
Kano State Thrown Into Mourning as Late Aminu Kano’s Wife Dies at 89 was last modified: May 22nd, 2017 by Arinze Ago