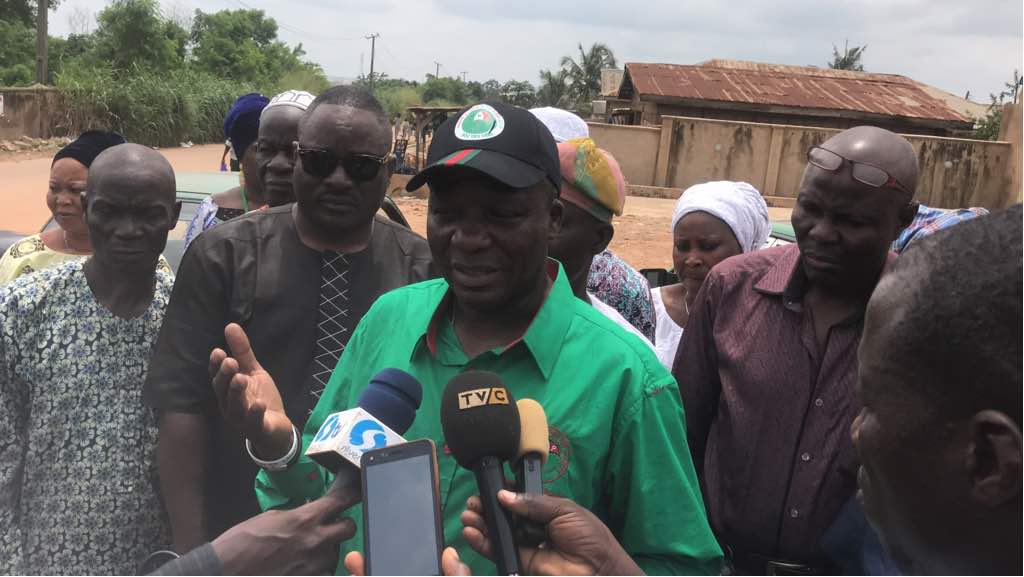 With the suspension of the Senator representing Ogun East Senatorial District from the Peoples Democratic Party (PDP), the Ogun State chapter of the party has commended the National Executive Committee (NEC) from saving the party from imminent disaster.

The Publicity Secretary of the PDP in Ogun State, Alhaji Malik Ibitoye stated in a statement credited to the Chairman of the Party in the state, Hon. Sikirullahi Ogundele, that time has come for the party to move forward in the state.

It will be recalled that the NEC of the PDP yesterday announced the expulsion of Prince Kashamu Buruji alongside his Omo Ilu State Chairman, who claims to be Ogun PDP Chairman, Engr. Bayo Dayo, Semiu Sodipo and one Prince Segun Seriki.

Ogundele was quoted to have said in the statement, made available to the media that “the expulsion of Prince Kashamu Buruji is a good riddance to a bad rubbish. Buruji and his co-travellers have done more harm than good to the party.

“We cannot continue to suffer in silence. Prince Buruji is an enemy of progress, whose activities and penchant for court actions made the party lose the 2011 Governorship Election in Ogun State to the All Progressives Congress (APC) and the same thing happened in Ondo State in 2016, when Eyitayo Jegede of the PDP lost to the incumbent Governor Rotimi Akeredolu of the APC. He was the architect of the whole problems in the PDP.

“May I commend the NEC of the PDP and our National Chairman Uche Secondus for this bold step by saving the party from expected catastrophic end through the expulsion of these ignoble men from our party at this material time, when we are preparing for another election in 2019.” Ogundele was quoted to have said.

Ibitoye added in the statement that Ogun State PDP is now in the firm grip of Hon Sikirulai  Ogundele, who is described as a thorough democrat, an experienced politician full of wisdom, character, doggedness and competence.

The party chairman further called on willing members of the public to join the PDP now, adding that the party is more than ready to give opportunity to everybody so that ‘Nigeria and Ogun State can be rescued from the ruling APC that has nothing to offer members of the public.”

The statement read in part, “the PDP is the party to beat in 2019, which is why we are putting our house in order now unlike the APC that is in disarray and begging people to stay in their party.

“The suspension of Prince Kashamu Buruji is an attestation to the fact that we are a disciplined party. We don’t tolerate anti-party activities and we believe so much in the Nigeria project. We are people-oriented and anyone that tries to derail us would be shown the way out as our party NEC has just done.

“What we are doing now is house cleansing and kicking out all those who have played several ignoble roles and catalysts of destruction in the party.

“Those who want to join the PDP are free to come now. We are open to membership and we assure you that nobody would be treated as an outcast once they play according to the rules of the game of the party.”

The Chairman of the Ogun State PDP has however given the “illegal occupants of the party secretariat led by the impostor, Engineer Bayo Dayo and a band of misguided miscreants 24 hours to vacate the secretariat, or a very stiff legal action would be taken against anyone who is occupying the secretariat illegally.”

Kashamu angry over expulsion from PDP, threatens to expose Secondus