KEMI ADETIBA Gave Me The Fame I Enjoy Now 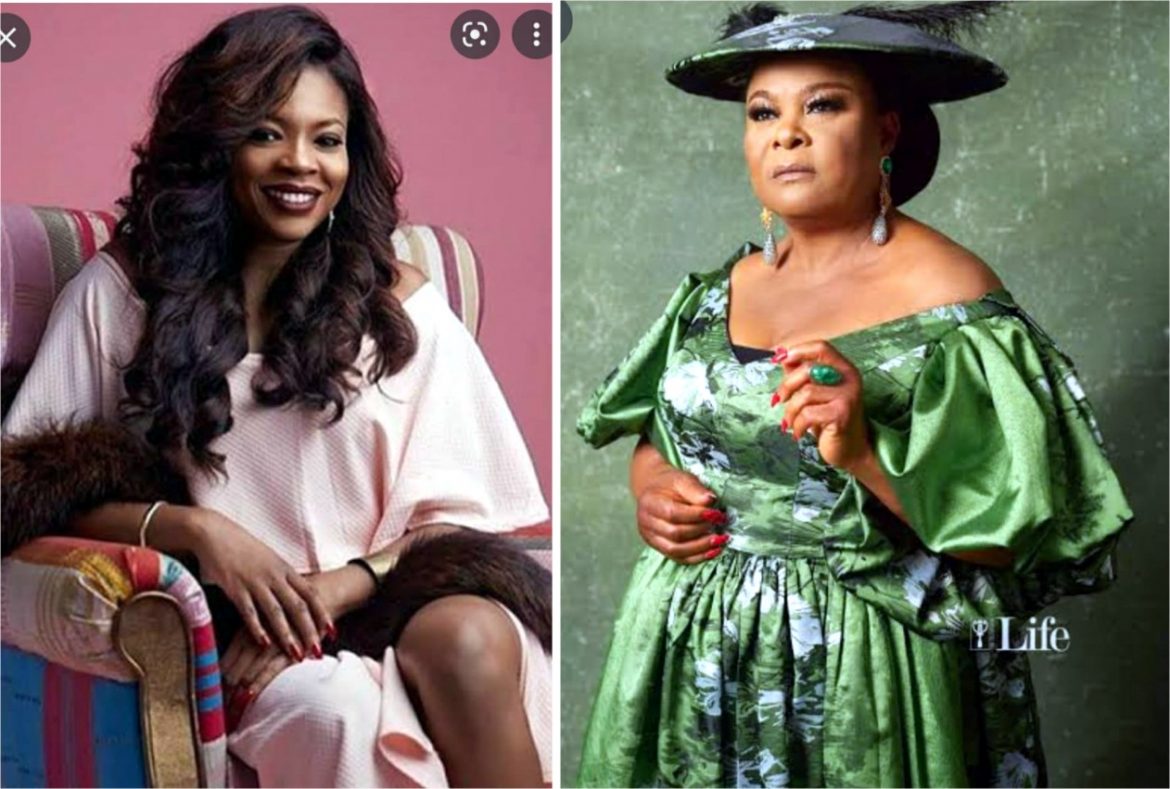 It’s no more news that star actress, Sola Sobowale, took another positive turn soaring high to a new height of popularity after she featured in the multiple award-winning films, King Of Boys.

No doubt, Sola Sobowale has been a fantastic actress right from the ’90s. Many would never forget her role in Wale Adenuga’s series: Oh Father, Oh Mother, where she got the stage name Toyin Tomato.

Her role interpretation in that series was top-notch, and many fans would boldly tell you that they are ready to watch that particular series multiple times without getting tired, simply because of her role in it.

She is one actress who has paid her dues in the entertainment industry.

Many filmmakers would attest that it is very difficult to take a long break from the movie industry and still come back to make it to the top. The story was different when Sola Sobowale was the subject of the break.

She took a 15-year-break from the movie industry for greener pastures in the U.K. and immediately after she returned to the industry, she bagged a role in the award-winning movie: “Wedding Party”, where she played a very vital role, and excelled in the parlance of entertainment. As usual, she nailed her role. Her role as Ali Baba’s wife and Adesua Etomi’s mum was also one of the very best in the movie. Just when people were thinking that they have seen the best of Sola Sobowale. She got another role in the multiple award-winning movie: King Of Boys, where she played Eniola Salami, which to date remains the very best of Sola Sobowale. She literarily blessed everyone’s mind, and The Return Of The King Of Boys set her on a totally different level and higher pedestal in the industry. She equally got a brand new stage name from King Of Boys (Eniola Salami) to Laburu and now she is called Oba.

This particular movie changed everything about her career and her rating in the industry. Just a few days ago, she opened up on her career and life in an exclusive interview with Chude. She revealed the real reason she took a 15-year-break from the movie industry, despite the huge success she was making. She talked about the menial jobs she had to do in the U.K. just to survive with the children.

She also talked about how many speculated that there was more to herself and Ali Baba’s relationship because they were able to interpret their roles perfectly in the Wedding Party.

And also why Kemi Adetiba holds Sola Sobowale in high esteem, because she knows her more than herself and how she gave her the new fame she is now enjoying.

On the real reasons, she took a break from acting and relocated to the U.K., she had this to say.

“I left the shores of Nigeria for a purpose. Children are not asked to be born, the moment you decide that you want to have children, then you must be ready to take full responsibility for those children.

You brought them, then stay with them and do the work. My father, a retired principal, and my mother, a retired headmistress, may their souls rest in peace, I know what they did for me and for my siblings and I know what is called education. That is the only legacy you can give your children.

I got married to an HR person, so when they want to give me employment, I know what it is like. I know the university, I know how they select people from abroad in premier universities, up to state before going to private and I looked and said my children would either go to the University of Ibadan, Ife or UNILAG.

“But unfortunately, today strike, tomorrow strike, a course of 3 years, would end up in 6 years and I said no. If I could pay much for primary and secondary education, I am not going to throw that away at the university level, so let my children leave Nigeria. That was why I moved my children out of Nigeria to London”.

“I remember before I left, I was practically living in Enugu because I shot one movie Christ In Me. After that movie, I was given another job, and jobs kept coming, so I remained there.

“But in all, I was proud of it because there is dignity in labour.

I will sweep from here to Kenya and Ghana, as far as it was going to put food on my table and clothes on my body and my children had shelter over their heads. I swept, cooked, washed, cleaned offices, mopped, washed teacups, plates dust everywhere. I wasn’t even sleeping yet my life was colourful”.

“Most times, in the train, or in the bus, I made sure I wore my uniform with the name of the company written on it, then you will hear Nigerians say she is not the one, Sola Sobowale.

Many will attest to the fact that Sola Sobowale gained more fame globally after her role in King Of Boys. According to her, she knows her capability in the industry but she never had the opportunity to showcase what she really had inside, until Kemi Adetiba gave her the opportunity in her words: “you know you can do something, but that opportunity never came”.

She also noted that though she might sound like a broken record, but she would never get tired of saying it”.

“There is something about Kemi Adetiba, she will tell you who Sola Sobowale is, I don’t even know myself, Kemi knows me more than I know myself”.

Kemi Adetiba brought me out, I will say it anywhere. I don’t mind if it sounds like a broken record”.

“I don’t watch myself in movies, but had to watch King Of Boys and I was proud of what I did”.

She is one actress who likes to put her best in everything she does, not giving any importance to gossip and unnecessary drama or speculation.

On her relationship with Ali Baba, she had this to say.

People are always ready to speculate things, when we did Wedding Party, people were impressed with the way we interpreted our roles as a couple and they started speculation. The more they talked the more we put in more effort to make our roles look as real as possible. We even laughed at the speculation, I even told Ali Baba’s wife “Mary, your husband, he is going oh! And we laughed and worked harder in the movie.

Revealed! 30 Actresses Who Live In Their...