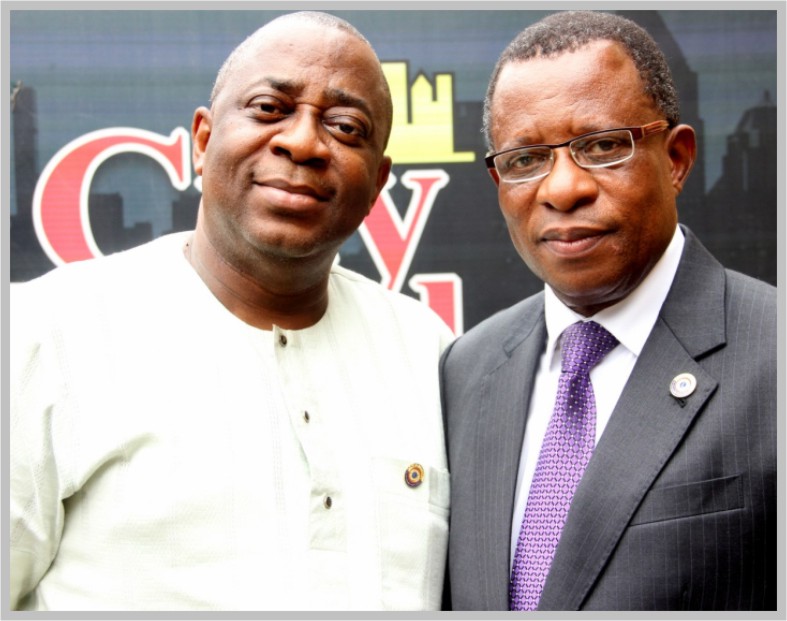 He exclusively revealed to City People why the Club is building a new Diabetic Center in Epe amongst many other things. Find Excerpts from the interview below.

As the new DG, can you tell us your intentions for the Lions Club during your tenure?

So every district governor chooses a theme to guide him/her for the service year. This year my theme is “Love And Respect”, which is because firstly; the work we do as a service organisation is a work of love. We serve humanity with the work we do without any interest or financial reward. We chose respect because every human being deserves respect. It is a fundamental human right and there is a current trend in the world for people to be disrespectful to others. So in carrying out our service, we want to show the world that serving is noble, we want to call the attention of humanity that service is respect, which comes in different forms. Then our goals.

The Lions Club International has 5 focal areas of service. These services are sight restriction and management by giving glasses to people, carrying out screening, we support those unable to do cataract surgery and in very serious cases we assist people who need Cornell to get back their sight. Another area we focus on is the area of diabetics which is an epidemic in the world as a lot of people who have diabetics don’t even know they have. So we do diabetics awareness and teachings. We also try to get people to check their risk level of getting diabetes in public places. We also help people who already have problems. In extreme cases we have people cut their limbs, diabetics also can lead to damaged kidneys and liver. So we also do diabetic treatment which is why we have built diabetic centres in various hospitals in Nigeria. The 3rd area in our service is paediatric cancer, you have children of no fault of theirs have cancer and the treatment can be quite expensive. So we call the attention of parents to the symbol of paediatric cancer. So we create awareness for paediatric cancer and we provide help to children with cancer. We sponsor surgeries and even go to hospital wards where paediatric cancer patients are been treated to make the ambience of the ward attractive. The 4th area of our service is hunger. We use our time, energy and money raised from partners and supporters to fight hunger. There are a lot of hungry people out there so sometimes we buy foodstuffs to distribute, we sometimes organise soup kitchens where we serve free food, and we also try to empower people to learn skills they can use to take care of themselves.

The final area in which we use in serving people is the environment. We call the attention of people to the fact that protecting the environment is our responsibility. We do environmental education and try to manage the environment. These are the 5 cardinal areas of our service. So this year we will do all the routine things we do in carrying out our 5 focal areas of service.

So all diabetic patients have to go to the mainland. We also want to carry out a project on environmental management.

We want to get our 121 clubs to partner together with us to build a receptacle to collect plastic bottle waste. If you walk around you will see that most drainages are clustered with plastic bottle waste. There are 2 challenges with that. If you throw empty plastic bottles into the drain, it clutters the drain and when they are excavated from the drainage they are no longer useful because they are all messed up. So we will build receptacles at key public places where people drink plastic soda and water. With this, recyclers can come and get those plastics to re-use. This is our project asides from our projects in the area of sight, diabetics, paediatric cancer, environment and hunger.

Why did you decide to choose Epe as the place the diabetic centre will be located?

Firstly, Epe falls within the coverage of our district; secondly; before you do a project, you carry out a “community needs assessment”. You ask around to find out where a need exists that needs to be filled. We saw that Epe was one place where we have not done a project in our districts. We went talking to them, initially, we wanted to do a project on sight but after discussing with the medical director of Epe General Hospital he told us that their eye centre is fully standard and the area where they have a need in the diabetic centre. That is how we started packaging a project for a diabetic centre. With the Lions Club International Foundation and meeting all the needs, a grant of 75% will be generated. This is a project that will cost about 200,000 dollars and we have applied for 150,000 dollars while we try to raise 50,000 dollars locally.

What attracted you to join the club?

The Lions movement is a movement where people get invited but I wasn’t really invited to join the Lions Club because I was fascinated with what they were doing. In 1994, I had moved into a street in Surulere and one of my senior colleagues in the banking industry, the late Tony Awa was living in the house next door to where I moved so my wife and I went to pay him a visit to say hello. When he was seeing us off, in the lobby of the house, there was a stand-up banner that says ‘Lions Club International is building motherless babies home in Lekki’. I thought that was interesting and showed interest then he introduced me to join Yaba Lions Club.

Why decide to look into managing the outrage of plastic bottles in the environment?

I am generally interested in the environment. I like green that I sometimes joke with my friends that if I were a plant I would like to be an Iroko tree. I like a properly managed environment. Personally, where I come from is a village in a valley, but because of the mismanagement of the environment when it rains, the erosion is bad that it carries away the topsoil. If you check my Facebook you will see a picture.

In 1974, we installed a pipe-borne system and we dug the pipe 6 feet below. 2 years ago, I saw that these pipes buried in 1974 are on the surface so what that tells me is that water has carried away 6 feet of soil and I asked myself how long it can continue before we actually disappear from the earth. So I felt whatever I can do to call attention to this I will do it. So 2 years ago my district governor appointed me as the chairperson environment and we started creating awareness. There are many things we can do to manage our environment as it is our responsibility. So I realised that the management of pet bottles should start from the home, they should be disposed of well. So we needed to call attention to it that is why we are doing this during my tenure.

KEMI ADETIBA Gave Me The Fame I Enjoy Now

Chief SHONEKAN & I Became Friends When...