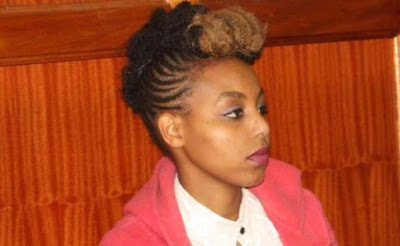 A former prison beauty queen found guilty of killing her boyfriend has been sentenced to death at Milimani Law Courts. High Court judge Jessie Lesiit today noted that Ruth Kamande deliberately stabbed her boyfriend 25 times with the intention of causing pain, leading to his death.

“I want young people to know that it is not cool to kill your boyfriend or girlfriend instead it is cool to walk away from a relationship when it breaks down,” said Judge Lesiit.

The 2016 Miss Lang’ata Prison, had pleaded with the court to spare her life, saying she had reformed and regretted killing her boyfriend. Kamande has been in custody since 2015 when she was found guilty of killing her 22-year-old boyfriend, Farid Mohammed.

According to submissions made in court, Kamande stabbed Mohammed over twenty times following a domestic dispute sparked by a revelation that he had been taking HIV suppressing drugs without her knowledge.

Through lawyer Joynor Okonjo, Ms Kamande told the judge she was the only source of hope for her ageing mother and that her experience in prison for the past two years had reformed her and made her a better person.

While convicting her, the judge had ruled that Kamande had ill motives when she stabbed Mohammed 25 times using a kitchen knife and dismissed her arguments that she acted in self-defence.

Kamande had in her defence stated that her boyfriend had raped her, knowing well that he was HIV-positive, and that he had attempted to kill her. According to the beauty queen, the argument got out of hand, when she discovered written letters from two other women.