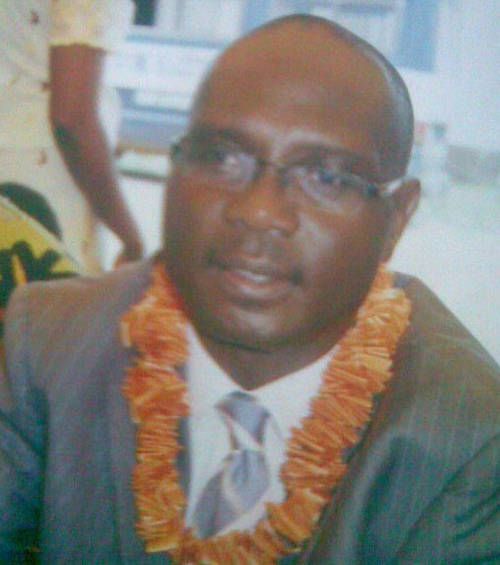 Justice Oluwatoyin Ipaye of the Lagos High Court, Ikeja, sentenced Oladapo to death by hanging for killing the lawyer.

The judge found the convicted person guilty of a five-count charge of murder, armed robbery and assault occasioning harm.

She said: “On count one, you Oluwaseun Oladapo, is to be hung by the neck till you are dead.

“On count two, you Oluwaseun Oladapo is to be hung by the neck till you are dead.

“On count three, you Oluwaseun Oladapo, is to be hung by the neck till you are dead.

“On count four, you Oluwaseun Oladapo is sentenced to three years in prison.

“On count five, you Oluwaseun Oladapo is sentenced to three years in prison.

“The terms of imprisonment of counts four and five is that they should run consecutively.

“This is the judgment of the court. May the Lord forgive your soul.”

Earlier before the sentence was passed, counsel to the convict, Mr. Worer Obuagbaka pleaded for mercy on behalf of his client.

“I urge the court to give the convict the most severe punishment so that justice can be seen to be done.”

Oladapo allegedly murdered the lawyer on July 4, 2014 at about 3:00 a.m. at his residence located at No. 1 Harmony Estate, Ifako-Ijaiye, Iju, Lagos.

The prosecution was led by Mr. Adeniji Kazeem, the Lagos State Attorney General and Commissioner for Justice and Mrs. Idowu Alakija, the Director of Public Prosecution (DPP).

Oladapo was also charged with the murder of Mrs. Cecelia Owolabi, the mother-in-law to the late Fadipe, but the murder charge was commuted to assault occasioning harm by the court.