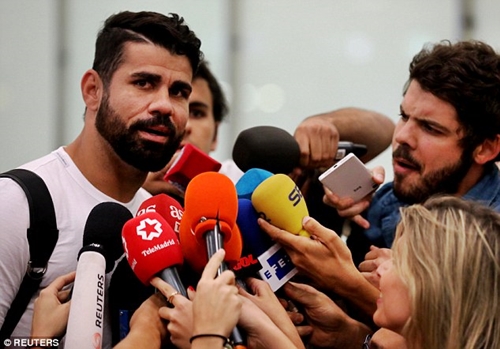 Atletico Madrid’s Diego Costa has pleaded guilty to defrauding the Spanish state of more than €1 million (£813,000/$1,127,000) after failing to declare payments of over €5m earned from his 2014 move to Chelsea.

The striker was sentenced to six months in prison on Thursday, but Spanish law states that non-violent crimes with a punishment of under two years’ imprisonment can instead be resolved with a fine for first-time offenders.

In Costa’s case, the Brazil-born Spain international will fork out an additional payment of just over €500,000 on top of the missing €1m in order to fully satisfy the courts, with a failure to declare image rights also having come under the state’s microscope.

A divisive figure due to his common practice of football’s so-called dark arts, Costa won two Premier League titles and a League Cup during his time at Stamford Bridge, bagging a respectable 59 goals across 120 appearances.

His exit from the Blues came in rather acrimonious circumstances, with then head coach Antonio Conte having sent the player a text message telling him that he was no longer part of his plans for the west London club.

Costa eventually secured a deal to the Spanish capital in 2017 – although not before going into self-exile in Brazil following his spat with Conte – but he could not represent the club until the beginning of 2018 due to a FIFA-imposed transfer ban.

Despite helping Atleti to Europa League and Super Cup success in his first season back at the Wanda Metropolitano, the striker has struggled to replicate the kind of form that saw Chelsea pursue his signature in the first place. Costa has only two goals in 19 appearances for Diego Simeone’s side this term.

He might, however, have a chance to add to his tally when football returns in Spain, with La Liga, set to kick off again on June 11, starting with a derby clash between Sevilla and Real Betis. Atletico currently occupy sixth place in the Spanish top tier, 13 points behind leaders Barcelona.