Home Media Lady tries to kill boyfriend, burns down his house after he broke up with her [PHOTO]
MediaNewsWeird News

Lady tries to kill boyfriend, burns down his house after he broke up with her [PHOTO] 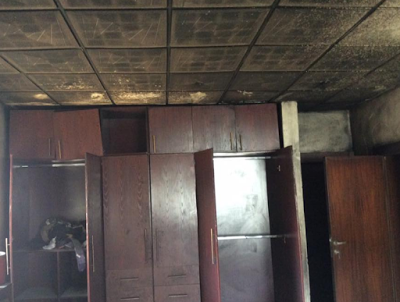 A Facebook user, Victor Ibeh shared these photos online. According to Victor, the lady attempted to murder her boyfriend after he ended the relationship and when she didn’t succeed, she set his four-bedroom apartment on fire. Luckily for the man, his neighbours put out the fire on time.

This was how my friend ended his 2016. You meet a woman, you start dating, you offer her shelter, fed her, clothed her and other things. In the process of that relationship, it occurs to you that she has character flaws that she isn’t willing to work on and she feels entitled that you must date her the way she is.

You break off the relationship and she becomes murderous. Makes an attempt on your life. When she didn’t succeed, she decides that arson is the way out.

But for the goodness of neighbors a four bedroom apartment would have be burnt down. Few weeks after, she is back pleading and expecting a makeup. How possible can that be? Who walks back into the lion’s den after an escape? Is this the same person that you would have ended up with in marriage?

Why does this sound familiar? I have been there before. I have had an experience close to this. When I tell you that evil is not gender specific, please believe me. We have seen a lot. It’s a good thing that my friend survived this. 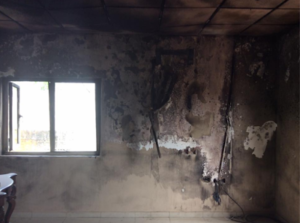 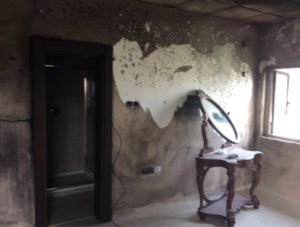 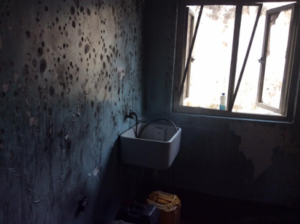 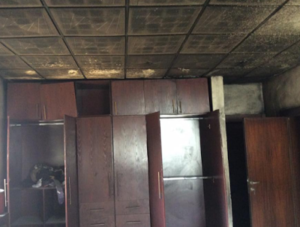 Lady tries to kill boyfriend, burns down his house after he broke up with her [PHOTO] was last modified: January 20th, 2017 by Reporter