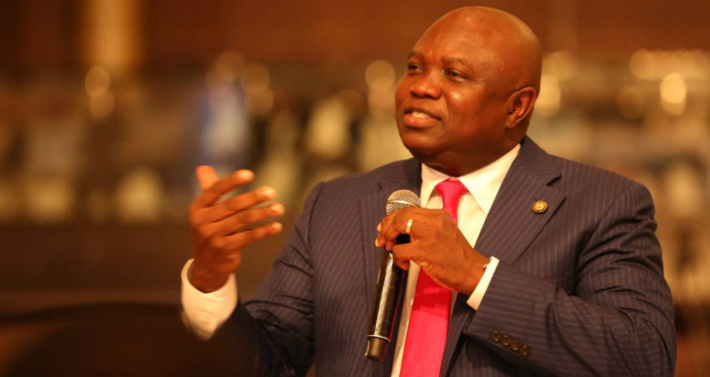 The ad-hoc committee set up by the Lagos State House of Assembly to investigate all transactions in respect of the 820 buses procured by the immediate past administration of Akinwunmi Ambode has suspended its sitting indefinitely.

The lawmakers’ decision came following Wednesday’s ruling by an Ikeja Division of the Lagos State High Court ordering all parties in a suit filed by Ambode against the lawmakers to maintain status quo, while it adjourned till November 20 for the next hearing.

Addressing journalists shortly after a brief sitting by the committee to announce its decision, its chairman, Fatai Mojeed, said the matter was adjourned indefinitely as the committee got a court order to stay action on the matter and that they had to respect the opinion of the court.

“We are lawmakers, we are not law breakers, which was why we had to adjourn the matter indefinitely. The people of Lagos should be expecting more from us,” he said. Also speaking, Gbolahan Yishawu said the House was not trying to witch-hunt anybody or put anybody on the spot for any reason.

Yishawu stressed that the assembly was not being pushed by any individual on the matter, while recalling that the issue dated back to 2017, when it was included in the appropriation law but was not approved by the House.

However, Olaniran Obele from the chambers of Tayo Oyetibo, the counsel to Mr Ambode, expressed dismay that they were not allowed into the committee room and could not confirm if they sat. Obele, however, welcomed the decision of the committee to suspend further sitting on the matter based on the High Court ruling.

He said he was at the assembly to drop a letter stating reasons why the former governor could no longer honour the summon as a result of the court ruling.  “The former governor was invited by the ad hoc committee to appear before it today,” said Mr Obele.

“We came to represent Mr Akinwunmi Ambode, but the officials of the House of Assembly, in a military manner, prevented us from entering the Committee room. You saw what transpired at the committee level, we were not allowed to go in.

“There is a matter pending in court and this afternoon, the court said the status quo should be maintained, that nothing should be done. We brought processes from the court and letters to serve on the Chairman of the Committee and the Speaker of the Lagos State House of Assembly but they refused to accept validly issued court documents and letter conveying what the court has said to them”, Mr Obele said.

Part of the content of the letter read thus: “In the circumstances, we request that further proceedings of the committee, and indeed the entire House, in respect of the subject matter of the suit, be adjourned to wait the outcome of the court proceedings so as not to bring the House in collision with the court as the matter is now subjudice.

“Finally, we wish to inform you that since the constitutionality of the proceedings of the committee is being challenged in the civil Suit, our client will not be able to appear before the committee until the matter is decided by the court in order not to prejudice the fair hearing of his case.”