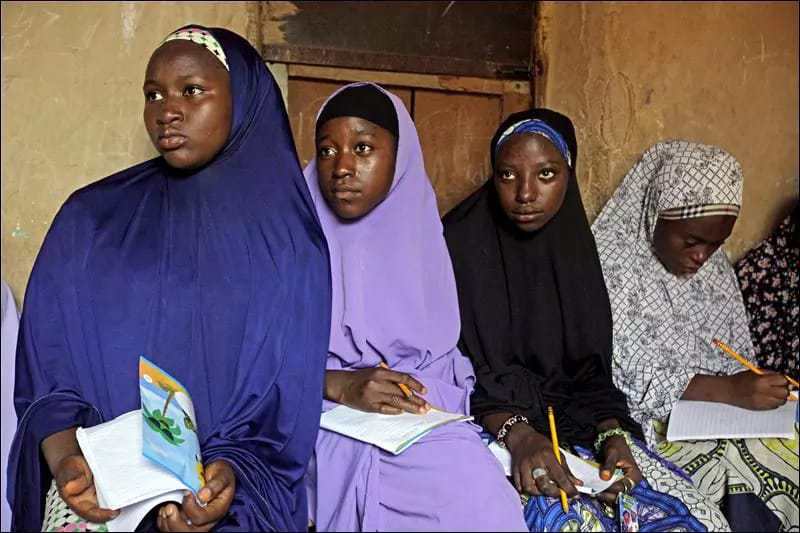 After so much pressure from various religious groups, the Lagos state government has given a go ahead to Muslim female pupils to use hijab in public schools.

This was announced in a circular by the state’s area unit of the Muslim Students’ Society of Nigeria (MSSN).

Initially, a Lagos high court had in October 2014, ruled against the use of hijabs in schools, a judgement that was upturned by an appeal court in July 2016.

In a unanimous judgment, the appeal court noted that the ban was discriminatory against Muslim pupils in Lagos state.

Dissatisfied with the appellate court’s judgment, the state government took the case to the supreme court.

It subsequently placed a ban on the use of hijab in August 2018.

However, in a new circular, the state government asked that the  quo be maintained in order to avoid contempt of court.

It, however said the hijab must be “short, smart, neat and in the same colour the uniform (skirt).

“Since the case of the use of Hijab in Lagos State is still pending in the Supreme court of Nigeria, status quo be maintained, to avoid contempt of the court, that is students be allowed to wear Hijabs on school uniforms but same must be short, smart, neat and in the same colour as the uniform (skirt),” the circular read.

“Furthermore, schools management are advised to downplay comments and disciplinary actions on the use of smart Hijabs until the final determination of the case by Supreme Court.

“No student should be discriminated against in any form on the basis of religion.

“All principals and teachers must be sensitized to comply accordingly. You are enjoined to adhere strictly to these recommendations.”

Reacting to the development, MSSN, in a statement by Saheed Ashafa, its amir in Lagos, said the state government has towed the path of honour.

Ashafa said the circular would help to stop the “harassment and victimisation of female Muslim students for wearing hijab.”

“We are pleased with this development because the embarrassing way and manner that our members are being victimised, harassed, punished and denied entrance into their classrooms for wearing hijab would stop,” the statement read.

“We have constantly told the state government that while a case on the hijab is awaiting final verdict at the Supreme Court, no teacher has the right to punish female pupils for wearing hijab. The Appeal Court in the case clearly states that wearing hijab by students, whether within or outside the school premises was a fundamental Human Right entrenched in the constitution.

“It is important to notify you that we will not allow further lawlessness and flagrant disregard for rule of law to stay after this circular. The circular would also help to stop the abuse of rights which could have degenerated into crisis or violence that may lead to the disruption of activities in schools in our dear state.

“We commend this intervention aimed at calling teachers, principals and tutor general to order. This circular approving wearing of hijab by students on their school uniform within and outside school premises, will ensure peace and order in our schools and stability in the state’s education system.

“We hereby call on female Muslim students to enjoy their rights without fear of molestation. While exhibiting their rights, they should remain law abiding and be good ambassadors of the religion of peace.”