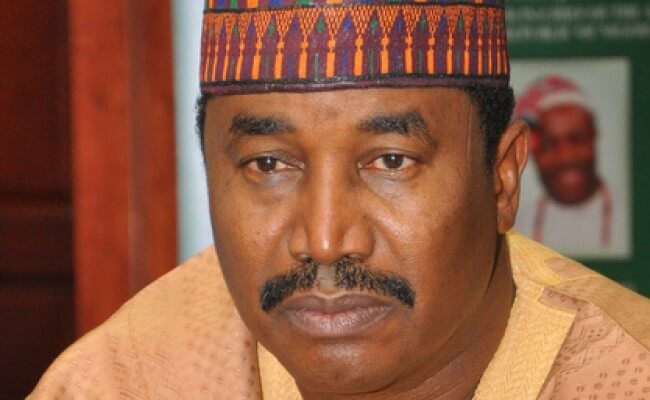 There was a mini drama in court on Tuesday as a witness told of how about N5.7 billion Subsidy Reinvestment and Empowerment Programme (SURE-P) funds went down the drain.

The Special Adviser to former Katsina State Governor Ibrahim Shema on SURE-P, Mr Nasiru Ingawa, revealed this at the Federal High Court in Katsina that Shema directed him to spend the cash on politics.

The former special adviser testified at the resumed hearing of a fraud case against Shema.

Shema is standing trial before the court on a 26- count charge bordering on fraud, in contravention of Section 15(2d) of the Money Laundering Prohibition Act, 2011, as amended.

The offences are punishable under Section 15 (3) of the Act.

The Economic and Financial Crimes Commission (EFCC) preferred the charges.

Ingawa told the court that he was the Special Adviser to Shema on SURE-P from June 2014 to May 2015.

“I remember him (Shema) telling me that we were going to use the funds for politics and that we would extract our savings from there,’’ he said.

He said that the duo wrote memos for certain programmes and used half of the money; the remaining half went into savings.

Ingawa also said that the department made direct purchases from which a certain percentage would go into savings.

He added that sometimes, they wrote memos for programmes not implemented at all.

‘’The tradition is that I had to sit down and discuss with him on any programme; if he agreed, he would instruct me on exactly how much the savings should be from that programme,’’ he said.

The witness testified that, sometimes, he gave the funds to Shema directly; other times, he (Shema) instructed him who to give.

‘’All money from SURE-P account were withdrawn in cash, with the exception of few programmes which the withdrawal was done with cheques,’’ Ingawa said.

After the evidence, the prosecution counsel, Mr O. I. Uket, applied for an , which the defence counsel did not object to.

Justice Hadiza Rabiu Shagari adjourned the hearing till January 14, next year when the trial will continue.

The former governor was arraigned on a 26-count charge bordering on alleged money laundering of N5.7 billion SURE-P funds on July 17.

The trial started de novo (afresh) following the transfer of the trial judge Justice Babagana Ashigar. He was replaced by Justice Shagari.

When the charges were read to him, Shema pleaded not guilty to all the 26 counts.

Defense counsel Mr A.T Kehinde, (SAN), moved an application for his client to continue to enjoy the bail earlier granted to him. Prosecution counsel Jibrin Okutepa, (SAN) did not object to the bail application of the defendant. He informed the court that the Administration of Criminal Justice Act provided that an accused already granted bail could continue to enjoy the terms of the previous bail conditions. The previous bail conditions, the court directed the defendant to deposit his international passport in the court registry. Justice Shagari granted the former governor bail on the conditions previously provided by the court and adjourned the case till yesterday for trial.

The Subsidy Reinvestment and Empowerment Programme (SURE-P) was established by the Goodluck Jonathan administration to re-invest the savings from fuel subsidy removal on critical infrastructure and social safety net programmes with direct impact on citizens.

The scheme was established in January 2012 when the government announced the removal of subsidy on Petroleum Motor Spirit (PMS).