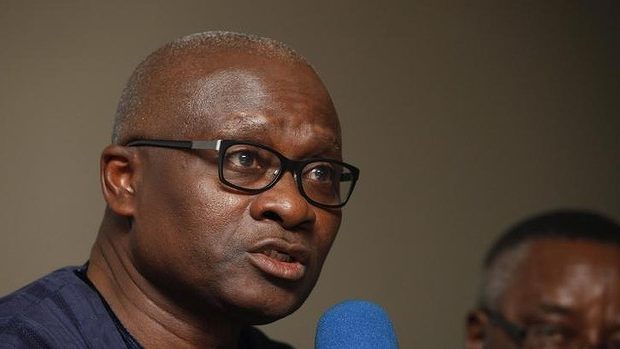 Lagos State Government says it has ordered an investigation into the death of a child, and allegations of patients poaching by some doctors from the state General Hospitals to their private clinics.

According to Idris, investigations are ongoing on the operations of the facility whose documents showed that it has not been registered with HEFAMAA or certified for the purpose of healthcare delivery.

This followed a March 27 publication by Mr Adeola Adetunji, accusing a doctor at the Alimosho General Hospital, Igando, of professional misconduct

Adetunji had sought justice following the death of his 15-month-old twin daughter, Taiwo Adetunji, at the private clinic in Lagos.

He had alleged that the private clinic was owned by a paediatrician, who also is an employee of the state government working at the General Hospital, Igando.

“The ministry will make known its findings in due course and mete out appropriate sanctions to anyone found culpable in the unfortunate incident.

“We will like to assure citizens of our resolve to continuously address the issue of patient poaching and ensure that residents have unfettered access to quality healthcare service without exploitation.

“As a government, the wellbeing of citizens is of utmost importance to us and this is the main thrust of our social contract with the people.

“The Lagos State Government is a responsible and responsive government, and we will not rest on our oars to ensure that justice, in this case, is served without let or hindrances,“ he said.

The commissioner urged members of the public not to patronise any health facility not bearing the HEFAMAA logo.

He also urged the public to channel complaints and petitions in respect of unprofessional conducts by healthcare providers or health facilities to the HEFAMAA Office, Room 514 Ministry of Health, Alausa, Ikeja.

“The general public is, therefore, to take note of this and report any health worker or government facility who indulge in this unprofessional act,“ Idris said.

In its reactions, the State Chapter of the Nigerian Medical Association (NMA), has called for an improvement of the country’s hospital referral system, saying it was key to patient management.

Its Chairman, Dr Saliu Oseni, said: “The attention of NMA, Lagos has been drawn to a publication by Mr Adeola Adetunji who alleged professional misconduct by one of our members at the Alimoso General Hospital, Igando.

“Though the association has yet to receive an official complaint from the victim, it will be inhumane to ignore such weighty allegation especially as it involves loss of life.

“We are aware of the pain this irreparable loss has caused the family.

“The case is already being investigated by a panel set up by the state government and the association is following the events with keen interest.

“This event has once again reminded us of many inadequacies in our health sector begging for an urgent review.

“Our referral system must be improved upon, simplified and made known to the public as patient referral remains a key part of patient management. “

The chairman said that the association would ensure that the circumstances surrounding the incident was unravelled.

According to him, the case is being investigated by a panel set up by the state government and the association is following the events with keen interest.

He, however, called on the general public to continue to have faith in the health sector.

“Justice will not only be done but shall be seen by all to have been done as the association believes strongly in professionalism,” he said.

Lagos Govt Begins Investigation Into How Doctors At General Hospitals Are Diverting Patients To Their Clinics was last modified: March 30th, 2019 by Damilare Salami

Have You Heard About The New Disease...

Nigeria can diversify economy through earnings from...

Why Some People Are Born As Hermaphrodites...