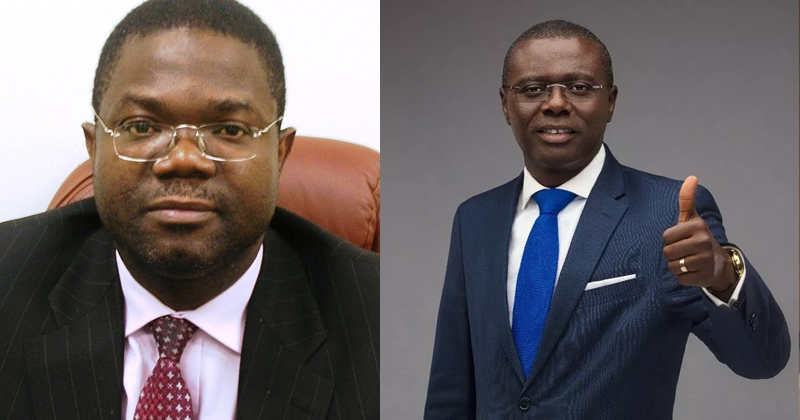 The Alliance for Democracy (AD) and its governorship candidate in the last election, Owolabi Salis, have filed a petition at the Lagos governorship election tribunal, seeking to stop the inauguration of Babajide Sanwo-Olu as the governor on May 29.

The petitioners alleged that Sanwo-Olu has a criminal record in the US and he is of unsound mind and should be disqualified from being sworn in as governor.

Other respondents are -the returning officer for the election, the commissioner of Police and the Nigerian Army.

The Petition, a copy of which was made available to NAN, stated “The second respondent (Sanwo-Olu) is a person adjudged to be of unsound mind and who is not capable to be sworn in as the Governor of Lagos state.

“Sanwo-Olu has records of unsound mind and rehabilitation with the Gbagada General Hospital Lagos state.

“By virtue of section 182(1)(c) of the 1999 constitution as (amended), the second respondent is a person not qualified to be sworn in as a governor.

“Mr Akinwunmi Ambode, the present governor of Lagos state and who is the chief security officer of the state attested to the fact that Sanwo-Olu is of unsound mind and not fit and proper person to govern Lagos State.

“Governor Ambode equally stated that Sanwo-Olu was arrested and detained for several months and was convicted for spending fake dollars at a night club in America.”

Ambode had levelled the allegations against Sanwo-Olu one day to the primary election where he lost the APC governorship ticket.

AD and Salis are seeking an order restraining the chief judge of Lagos from swearing in Sanwo-Olu.

They also sought an order restraining the chief judge of Lagos, in the interim, from swearing-in Sanwo-Olu as governor pending the determination of the petition at the tribunal.

Speaking to reporters after filing the petition, Salis said “I’m here to ask the tribunal to stop the swearing-in of Babajide Sanwo-Olu pending the determination of the substantive suit.

“The reason we are making the request to the tribunal today is because of facts known to all Lagosians.

“Babajide Sanwo-Olu has some mental issues and the constitution describes those who cannot occupy the position of governor.

“That includes people who are of unsound mind and of course those who have felony convictions in the last 10-years and it is of public knowledge that Babajide Sanwo-Olu was convicted for spending fake dollars at a nightclub.

“The chief security officer of the state, that is the current governor, made these facts known to all Nigerians and the international community.

“It is not the free will of Lagosians that someone who is of unsound mind or a felon to be fostered on them.”

Salis alleged that Sanwo-Olu emerged as governor-elect as a result of “imposition and fraudulent schemes” as well as electoral malpractices.

The AD governorship candidate said in order to prove the grounds that Sanwo-Olu was of unsound mind, he and his party (AD) will subpoena Ambode and the Gbagada General Hospital to provide the governor-elect’s medical records to the tribunal.

Ifagbemi Awamaridi of the Labour Party (LP) who had accompanied Salis to file the petition at the Tribunal told reporters that the prayer before the tribunal was for the disqualification of Sanwo-Olu.