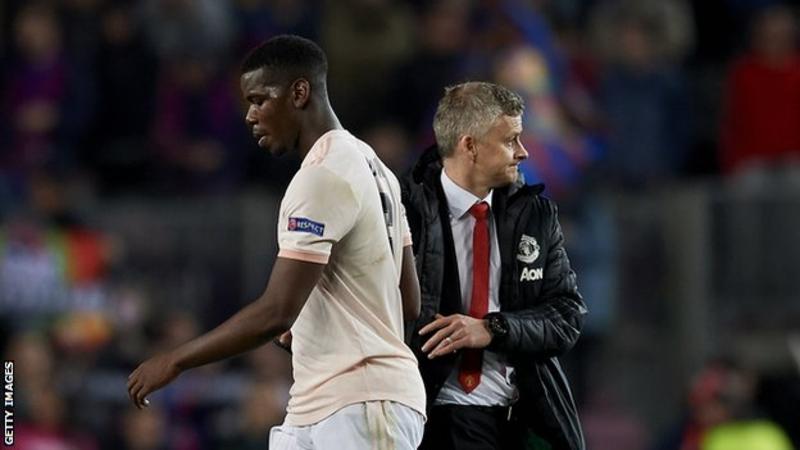 Manchester United boss Ole Gunnar Solskjaer says he thinks Paul Pogba will still be at the club next season – but cannot guarantee it.

The 26-year-old France midfielder – who is contracted until July 2021 – has been linked with a move to Real Madrid.

He has scored 24 goals in 83 league appearances for United since rejoining from Juventus in 2016 and was named in the PFA Team of the Year on Thursday.

“I think he will be here next season,” said Solskjaer.

“Paul has done fantastic for us. We want him to do well. He is a leader in the dressing room.

“If I could guarantee I would say yes. You can’t guarantee but I think he will be.”

Speaking at a news conference before United’s game against Chelsea on Sunday (16:30 BST), Solskjaer also said he had no intention of dropping goalkeeper David de Gea despite a succession of recent mistakes.

Against Manchester City on Wednesday, Bernardo Silva’s low shot went inside De Gea’s near post and the keeper was at fault when Leroy Sane’s drive went straight through him.

“I trust David. He is the best player we have had for the last six or seven years. He will be fine,” Solskjaer said.

He revealed midfielder Ander Herrera may be available for Sunday’s game after a hamstring injury.

“You can’t guarantee but I think he will stay” Solskjaer On Pogba’s Future was last modified: April 26th, 2019 by Damilare Salami

Minimum Wage: NLC Vows Not To Accept Anything Less Than N30, 000