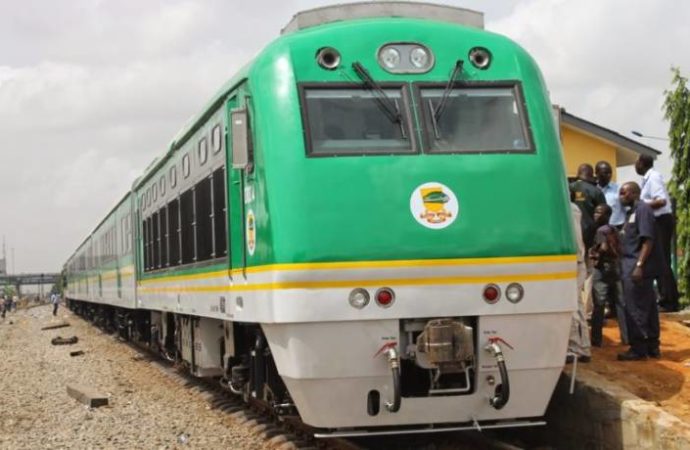 The Gov Ambode led Government of Lagos has signed a major agreement with an international railway systems aggregator and rolling stocks manufacturer, Alstom SA of France, on the operation of the state Rail Mass Transit.

This is even as the Marina to Mile 2 section of the project known as the Blue Line Rail, will become operational in 2022.

The Managing Director of Lagos Metropolitan Area Transport Authority, Abiodun Dabiri, at the agreement’s signing, said the partnership was due to Governor Akinwunmi Ambode’s commitment to transforming public transportation.

He said a consortium of experts engaged by the state government to undertake a technical due diligence on the LRMT Blue Line Project (Mile 2 – Marina) had developed a roadmap to bring the railway project to passenger operations.

The experts, according to Dabiri, in a final report, outlined their findings and proposed a roadmap to complete the civil infrastructure works and the operation and maintenance infrastructure that would be needed for the commencement of the operation.

Dabiri said for ease of implementation, the work plan had been divided into two phases, with phase one aimed at demonstrating the non-public operation of the existing rolling stock before end of second quarter of 2019.

“For this purpose, a track length of about 3.0 km from Iganmu Station to National Theatre will be electrified. This operation would be done with the rolling stocks already supplied for the Blue Line project.

“This phase would allow the completion of all the preliminary works that would lead to the financing of the main works in Phase two. Phase one will be fully financed by Lagos State Government through Internally Generated Revenue (IGR).

“Phase two, which is expected to be completed in 39 months, would entail the provision and installation of railway operations’ systems for the project from Marina to Mile 2 and the delivery of a passenger-ready Lagos Blue Rail Line by 2022,” he said.