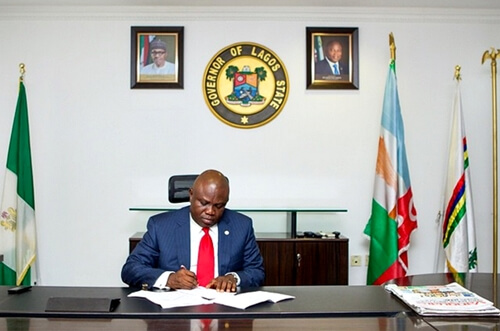 The Lagos State Government said on Thursday that it had appointed secretaries and supervisors for the 20 local governments and 37 local council development areas.
The appointments are in line with the provisions of the State’s Local Government Administration Law and the Guidelines for Administrative Procedures for Local Government, a government statement said.
The Secretary to the State Government, Tunji Bello, who made the appointments public, said the secretaries and supervisors “would aid the councils to hit the ground running to further deepen democratic values and culture at the grassroots”.
He said this was in line with the government’s policy thrust of community-based governance and government of inclusion.
Mr. Bello said Gov. Akinwunmi Ambode would soon constituted the boards of the state government agencies and parastatals.
He also expressed optimism that the constitution of the boards would further strengthen the administration’s capacity to deliver the dividends of democracy to the people.
(NAN)
Lagos State Govt. Appoints Secretaries, Supervisors for 57 Councils, LCDAs was last modified: November 2nd, 2017 by Arinze Ago