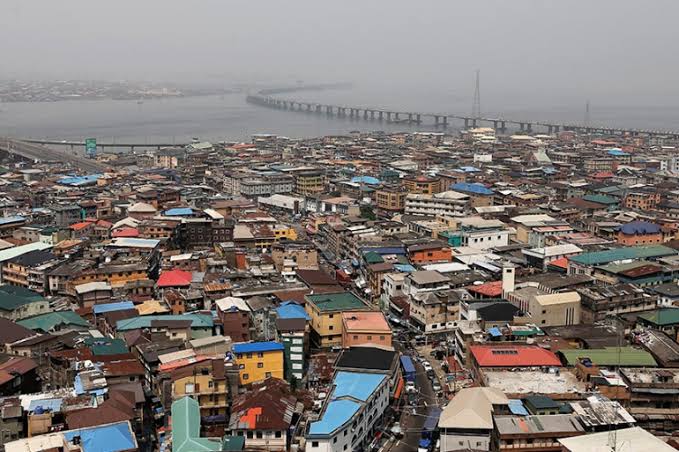 This is perhaps the most critical year in the checkered history of the Nigerian Union. As 2023 draws nearer, we move closer to the great unknown.

The horizon is hardly defined with clarity. The partisan space appears confounding and conflicting as the old and the new protagonists jumped into the fray for another quadrennial ritual. There is that feverish hurry everywhere to snatch the greatest spoil.

But surely we can’t continue like this. We must make a new turn for the greater good of our nation.

We must change our narrow vision for a more embracing national accommodation. We must swing towards a more progressive, sincere , genuine democratic union. Nigeria can be a better place. So is our Lagos.

The enduring aphorism holds that all “politics is local. “ It is a truism that has always been valid since the Athenians first set up the Agora around 508 BC. It is what is closer to us that naturally takes priority.

This is why we are back again as Ọmọ Eko Pataki to dwell on the troubled history of our state. Lagos state is indeed ensnared, captured, held in unbelievable serfdom for 21 years by the caprice of one man. It is a shame and at once a blighting tragedy.
Taxes are rising and our people are getting poorer. Billions of income are made and yet our infrastructures are decaying. Lagos is an oil producing state but where is the derivative revenue ? Why is the oil income not reflected in the state budget ? Puzzling !

How did we get it so wrong ?

The very state of excellence which once determined the Nigerian fortune, excelling everyone else in the fields of commerce, in the groves of academia, in the bastion of entrepreneurship, in the expanses of medicine, in the toils of industry, in virtually all fields of human endeavors – has now been reduced to another backwater debtor state owing well over 3.28 trillion naira in domestic debts alone despite generating 665 billion naira every year in internally generated revenue.

Definitely a lot is wrong with the governance of our state. It is primitive , downright medieval when a very small clique of rampaging acquisitive characters brazenly seize the coffers of our commonwealth and appropriate it as an extension of their personal fortunes.

When Lagosians are reduced to paupers while a nepotistic few continue to corner all the lucrative emblems of power, seizing state properties, sharing our commonwealth with prodigal glee, cruising around in obscene convoys , practically living on the hog as everyone else is reduced to helpless onlookers – there is a need to change the festering unfairness on the ground.

When an avaricious few denuded billions from the toll gates revenue and are still scheming to restore the same toll gates where innocent young men and women were killed and maimed, we are all being taken for fools.

The present Lagosian tragedy does not necessarily reside in the rampant greed, the crazed expropriation of public properties, the massive gutting of the people’s treasury. No. It is in the blind indifference to decency, it is in the crass folly of the deluded who having seized the levers of democracy itself like a goon squad, somehow believe they are in a never ending Roman holiday.

Well, all beginnings must have an end. The crude , riotous Roman holiday is nearing an end. Opinions are now coalescing. People of diverse ideological tendencies are increasingly coming together to remove the arrogant bullion van politics from the Lagosian space.

The year 2023 is the Lagosian inflection point. It is our defining moment to turn the fortunes of our state around and restore a new equitable order.

But it cannot be done alone. Together, men and women of goodwill must come to the barricades and speak out loud and clear in total rejection of the tyrannical man of straw who would play God with our ancestral holdings.

We must all work selflessly with steadfast and brave hearts, defiant of the oppressor’s insolence, sworn to vote out those who have held us in thralldom for 21 years.

Lagos must start on a new slate. The politics of jaundiced nepotism is over. The depraved refuge in the caprice of one man who decides who becomes councilor, who becomes local government chairman , who becomes the market woman leader and up to the occupant of the gubernatorial seat is over.

And the withering, muddled usurper is not even stopping at controlling the levers of politics. He has intruded on the sacred sphere of traditional authorities, imposing motor park touts , urchins , idlers, ramblers, loafers and lay-abouts as emergency monarchs.

Lagosians must collectively seize their own fortunes in their hands. They must decide the way forward towards peace, harmony and genuine democracy. This is now a contention beyond partisan affiliation. It is a coalitional fight for our freedom and for the emancipation of generations yet unborn.

There is no other way. The battle is now afoot. The struggle is beyond the limiting confines of partisan slugfest. Everyone must be part of the fray. It is a battle where no one can straddle the fence save cowards and collaborationists. There is no room for neutrality here. We are all part of the titanic barricades.

The historic mobilization has begun. The challenges ahead may be tough. The grapple with those who presently wield nauseating privileges will be tense , taut and fierce. But we dare not fail nor falter. It is indeed a struggle between light and darkness, between the forces of malignity and the forces of good. We must choose whether to remain in this cesspool of avarice and corruption or reject this hideous, reckless bullion van politics holding us back .

But this much is clear. The good Lord is on our side. Justice is our strength. Truth is our abiding grace. Together, we will sweep the odious pretenders of today into the dust bin of history. It is the cyclical pattern of life. It is an unfailing trajectory of fate.

Again, we repeat, all beginnings must have an end. That long awaited end has now come. But we must give it a push and even a shove.

Like Tennyson tells us :
“ The old order changeth , yielding place to new
And God fulfills himself in many ways lest one… custom corrupts the world. “

Lagosians, let us heed the call of liberation. Let us march forward in our millions to jettison the yoke that is holding us back and crushing our humanity. Let us strike ahead into the new horizon with the vision of a progressive renewal and a fair , equitable new beginning.

Lagosians, let us heed the call of Theodore Roosevelt, the 26th President of the United States: “No man is above the law and no man is below it..” In this wise, those who have despoiled our commonwealth with aggravated greed and unbelievable crudity must face requisite justice.

It is only when restitution is paid and the guilty are committed to prison that the state itself can be redeemed and renewed in a new equitable and fair order. May the good Lord heal the savaging wounds inflicted on our dear state.

Lagos : Time for a new Order was last modified: January 6th, 2022 by Reporter

No endorsement of any candidate before convention...