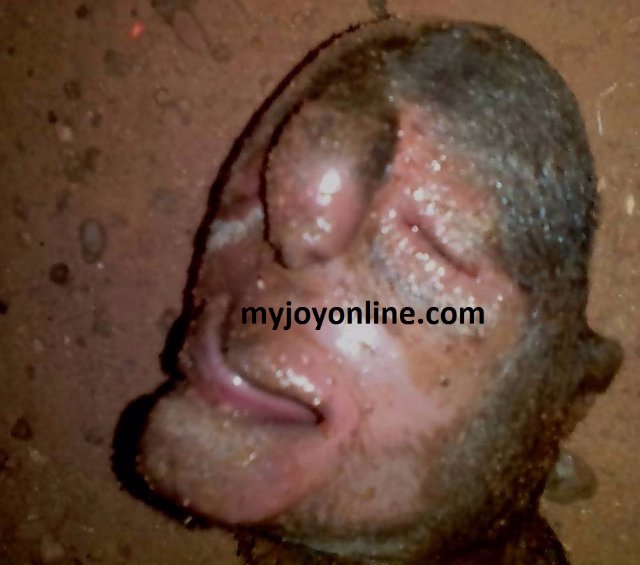 The residents of Asuodei in the Ahafo Ano South District of the Ashanti Region in Ghana have been thrown into panic, following the birth of a lamb they say has a human-like face.

Minutes after it was said to have been delivered on Saturday, the Chief of the predominantly farming community, Nana Druye Adarkwa II, called for the creature to be brought to his palace.

Due to the fear that the presence of the creature could bring calamity to the community, the traditional authority on Sunday ordered for rituals to be performed to cleanse the land of a possible curse, after a special burial of the creature.

Speaking to Nhyira FM, Nana Druye Adarkwa II said the birth of the creature could not be taken for granted.

According to him, the lamb has eyes, eyebrows, mouth, and nose which look like a human being.

He believes the rituals will mitigate any bad omen that may befall him and his people.

Nana Druye has since, sent emissaries to search for the owner of the sheep, pending performance of the rituals.

Lamb With ‘human Face’ Is Born In Ghana (Photos) was last modified: July 25th, 2017 by Reporter