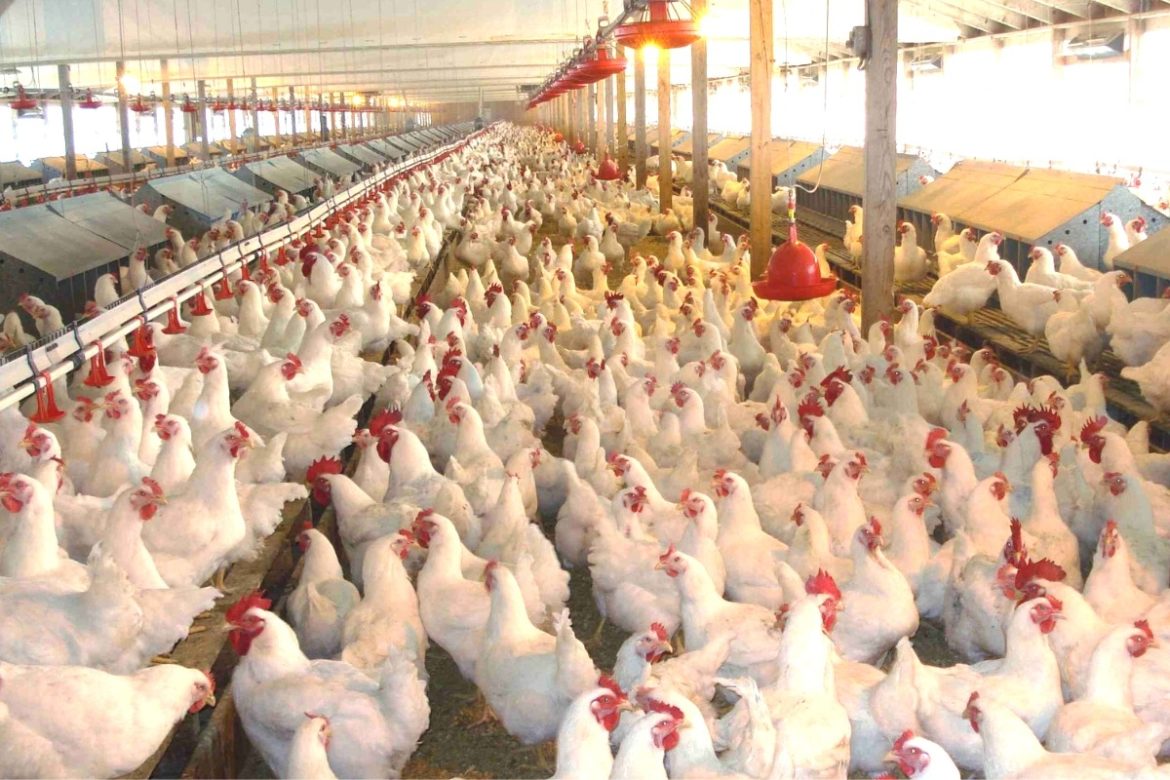 The land border closure with neighbouring countries has saved the poultry industry in Nigeria about N50 billion since its commencement in October, an official has said.

Eustace Iyayi, Registrar and Chief Executive Officer of the Nigeria Institute of Animal Science (NIAS), made the disclosure at a news conference in Abuja during a news conference with the theme, “Nigeria border closure: Impact on the livestock sub-sector, food security and employment generation.”

According to Mr Iyayi, the multiplier effect of the border closure has also reflected on the upsurge in the operations along the value chain with regards to the supply of inputs, storage facilities, transportation/logistics and value addition.

He said that given Nigeria’s huge total feed output of 5.3 million metric tonnes in 2016, 80 percent of the output was attributable to the poultry industry.

“This is perhaps, with millions of direct and indirect jobs created by the industry in its entire value chain, in conjunction with its related ancillaries.

“It is indeed an almost endless web of commercial activities.

The registrar emphasised that the huge impact could, however, grow exponentially and be translated to more concrete economic gains and accelerated growth of the nation’s poultry industry.

According to him, the growth could go beyond the current estimated annual rate of 3.3 percent, by taking total control of the local market.

Mr Iyayi said that it was clear that the poultry sub-sector, the most commercialised of all Nigeria’s agricultural sub-sectors with a current net worth of N1.6 trillion, will play a significant role in contributing to the current government’s effort to create 100 million jobs.

“Before the border closure, the poultry industry in the livestock sub-sector was badly hit.

“Nigeria consumed about two million tonnes of poultry meat annually, 70 percent of which was imported. Poultry meat was heavily smuggled into the country through our land borders.

“The imported products, often of lower quality, attracted lower prices. This led to the closure or downsizing of several poultry farms with consequential business and job losses along the poultry value chain.

“According to the Poultry Association of Nigeria (PAN) the closure of Nigeria’s border by the Federal Government is currently reducing the smuggling of chicken into the country and will further cut this down by one million tonnes annually if the effort to stop smuggling is sustained,” Mr Iyayi said.

The registrar pledged the support of the institute to the government ‘s closure of border policy.

He explained that the drastic reduction in smuggling of finished commodities into the country would enhance the increased production of primary products that are processed to obtain the final products.

According to him, increased primary production would further translate into more food thereby enhancing food security.

Mr Iyayi said that the NIAS’ ultimate goal was to guarantee food security and have the Nigerian livestock industry organised enough for self-regulation in line with global best practices, leaving no breathing space for quackery and adulteration.

He reaffirmed that on August 20, President Muhammadu Buhari ordered a partial closure of the land borders with Republic of Benin, Niger Republic and Cameroon to facilitate a joint operation.

He said “the reason for the closure was to curb the massive smuggling activities along the borders, especially rice, poultry meat and fuel.”

The News Agency of Nigeria (NAN) reports that NIAS was established by Act No 26 of 2007 as amended in 2015 to regulate all matters pertaining to animal husbandry in Nigeria.

This includes the advancement of education, science, technology and the art of animal science and livestock production.

We Need Juju To Fight Corruption In...